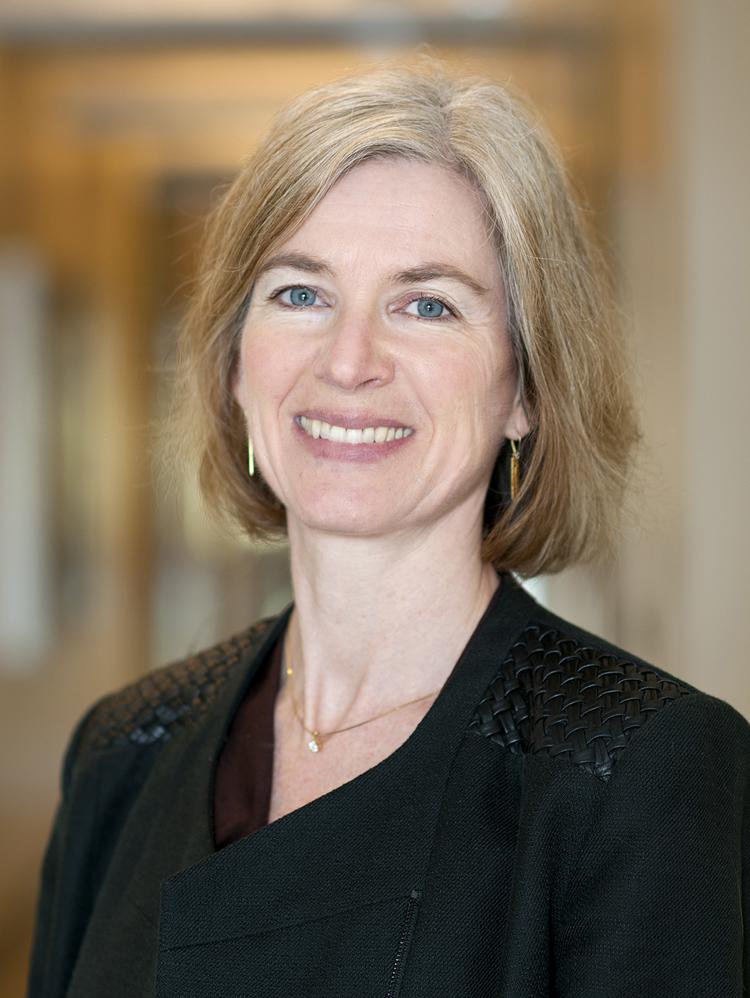 
Jennifer Anne Doudna is an American biochemist known for her pioneering work in CRISPR gene editing, for which she was awarded the 2020 Nobel Prize in Chemistry along with Emmanuelle Charpentier. She is a Li Ka Shing Chancellor Chair Professor in the Department of Chemistry and the Department of Molecular and Cell Biology at the University of California, Berkeley.

Doudna grew up in Hilo, Hawaii. She graduated from Pomona College in 1985 and earned a Ph.D. from Harvard Medical School in 1989. She has been an investigator with the Howard Hughes Medical Institute (HHMI) since 1997, and since 2018 she holds the position of senior investigator at the Gladstone Institutes as well as that of professor at the University of California, San Francisco.

Doudna has been a leading figure in what is referred to as the "CRISPR revolution" for her fundamental work and leadership in developing CRISPR-mediated genome editing. In 2012, Doudna and Emmanuelle Charpentier were the first to propose that CRISPR-Cas9 (enzymes from bacteria that control microbial immunity) could be used for programmable editing of genomes, which is now considered one of the most significant discoveries in the history of biology.

Doudna has made fundamental contributions in biochemistry and genetics and received many prestigious awards and fellowships including the 2020 Nobel Prize in Chemistry, the 2000 Alan T. Waterman Award for her research on the structure as determined by X-ray crystallography of a ribozyme, and the 2015 Breakthrough Prize in Life Sciences for CRISPR-Cas9 genome editing technology (with Charpentier). She has been a co-recipient of the Gruber Prize in Genetics (2015), the Canada Gairdner International Award (2016), and the Japan Prize (2017). In 2020, Doudna and Emmanuelle Charpentier were awarded the Nobel Prize in Chemistry "for the development of a method for genome editing".

Outside the scientific community, she has been named one of the Time 100 most influential people in 2015 (with Charpentier), and she was listed as a runner-up for Time Person of the Year in 2016 alongside other CRISPR researchers.