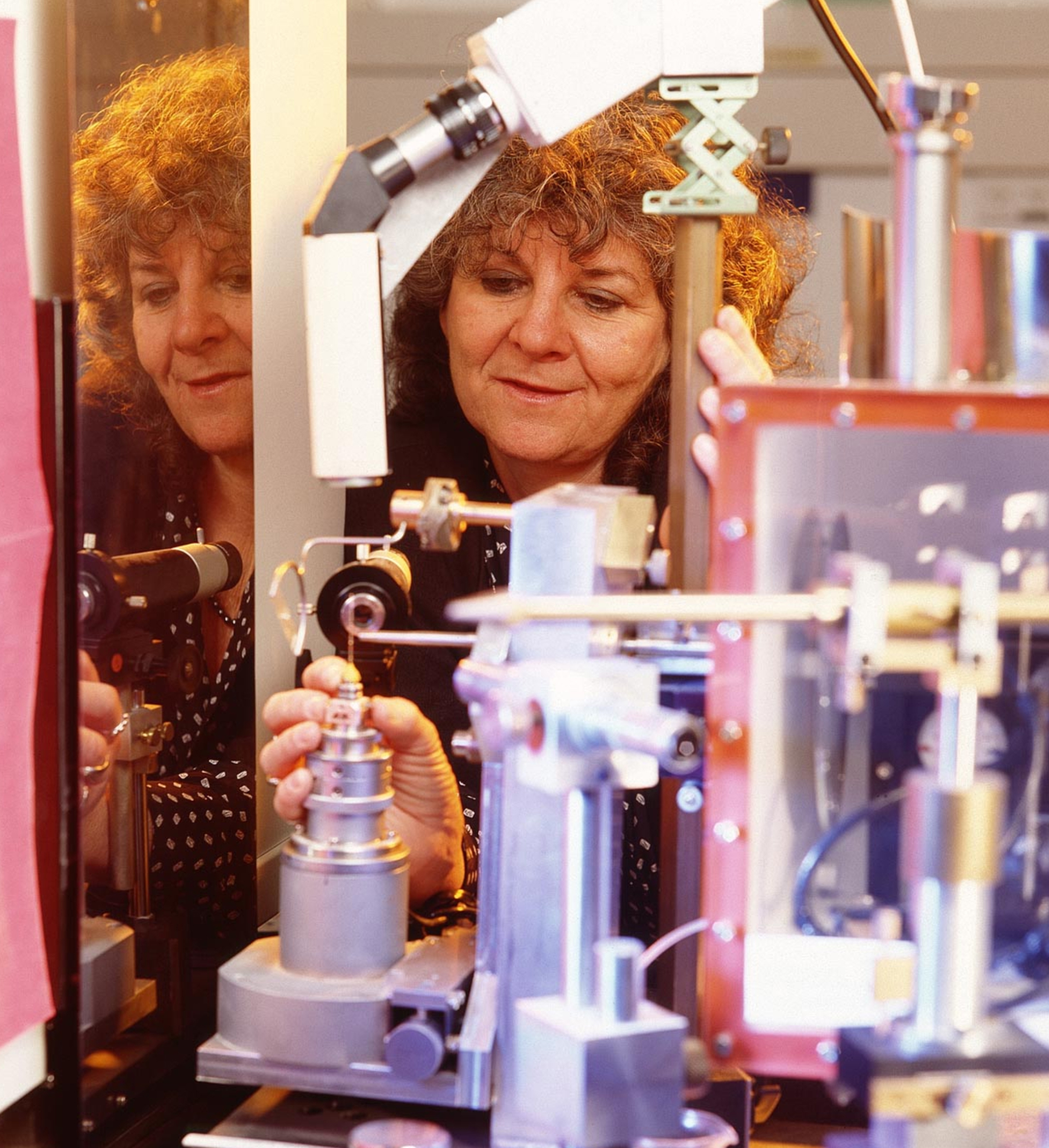 Main achievements: Pioneer work on the structure of the ribosome. Cryo bio-crystallography.

Ada E. Yonath is an Israeli crystallographer best known for her pioneering work on the structure of the ribosome. She is the current director of the Helen and Milton A. Kimmelman Center for Biomolecular Structure and Assembly of the Weizmann Institute of Science. In 2009, she received the Nobel Prize in Chemistry along with Venkatraman Ramakrishnan and Thomas A. Steitz for her studies on the structure and function of the ribosome, becoming the first Israeli woman to win the Nobel Prize out of ten Israeli Nobel laureates, the first woman from the Middle East to win a Nobel prize in the sciences, and the first woman in 45 years to win the Nobel Prize for Chemistry. However, she said herself that there was nothing special about a woman winning the Prize.

Yonath (née Lifshitz) was born in the Geula quarter of Jerusalem. Her parents, Hillel and Esther Lifshitz, were Zionist Jews who immigrated to Palestine from Lodz, Poland in 1933 before the establishment of Israel. Her father was a rabbi and came from a rabbinical family. They settled in Jerusalem and ran a grocery, but found it difficult to make ends meet. They lived in cramped quarters with several other families, and Yonath remembers "books" being the only thing she had to keep her occupied. Despite their poverty, her parents sent her to school in the upscale Beit HaKerem neighborhood to assure her a good education. When her father died at the age of 42, the family moved to Tel Aviv. Yonath was accepted to Tichon Hadash high school although her mother could not pay the tuition. She gave math lessons to students in return. As a youngster, she says she was inspired by the Polish-French scientist Marie Curie. However, she stresses that Curie, whom she as a child was fascinated by after reading a well-written biography, was not her "role model".

She returned to Jerusalem for college, graduating from the Hebrew University of Jerusalem with a bachelor's degree in chemistry in 1962, and a master's degree in biochemistry in 1964. In 1968, she earned a Ph.D. in X-Ray crystallography at the Weizmann Institute of Science. She has one daughter, Hagit Yonath, a doctor at Sheba Medical Center, and a granddaughter, Noa. She is the cousin of anti-occupation activist Dr Ruchama Marton. She has called for the unconditional release of all Hamas prisoners, saying that "holding Palestinians captive encourages and perpetuates their motivation to harm Israel and its citizens ... once we don't have any prisoners to release they will have no reason to kidnap soldiers".

Yonath accepted postdoctoral positions at Carnegie Mellon University (1969) and MIT (1970). While a postdoc at MIT she spent some time in the lab of subsequent 1976 chemistry Nobel Prize winner William N. Lipscomb, Jr. of Harvard University where she was inspired to pursue very large structures. In 1970, she established what was for nearly a decade the only protein crystallography laboratory in Israel. Then, from 1979 to 1984 she was a group leader with Heinz-Günter Wittmann at the Max Planck Institute for Molecular Genetics in Berlin. She was visiting professor at the University of Chicago in 1977-78. She headed a Max-Planck Institute Research Unit at DESY in Hamburg, Germany (1986–2004) in parallel to her research activities at the Weizmann Institute. Yonath focuses on the mechanisms underlying protein biosynthesis, by ribosomal crystallography, a research line she pioneered over twenty years ago despite considerable skepticism of the international scientific community. Ribosomes translate RNA into protein and because they have slightly different structures in microbes, when compared to eukaryotes, such as human cells, they are often a target for antibiotics. She determined the complete high-resolution structures of both ribosomal subunits and discovered within the otherwise asymmetric ribosome, the universal symmetrical region that provides the framework and navigates the process of polypeptide polymerization. Consequently she showed that the ribosome is a ribozyme that places its substrates in stereochemistry suitable for peptide bond formation and for substrate-mediated catalysis. Two decades ago she visualized the path taken by the nascent proteins, namely the ribosomal tunnel, and recently revealed the dynamics elements enabling its involvement in elongation arrest, gating, intra-cellular regulation and nascent chain trafficking into their folding space.

Additionally, Yonath elucidated the modes of action of over twenty different antibiotics targeting the ribosome, illuminated mechanisms of drug resistance and synergism, deciphered the structural basis for antibiotic selectivity and showed how it plays a key role in clinical usefulness and therapeutic effectiveness, thus paving the way for structure-based drug design. For enabling ribosomal crystallography Yonath introduced a novel technique, cryo bio-crystallography, which became routine in structural biology and allowed intricate projects otherwise considered formidable. At the Weizmann Institute, Yonath is the incumbent of the Martin S. and Helen Kimmel Professorial Chair.