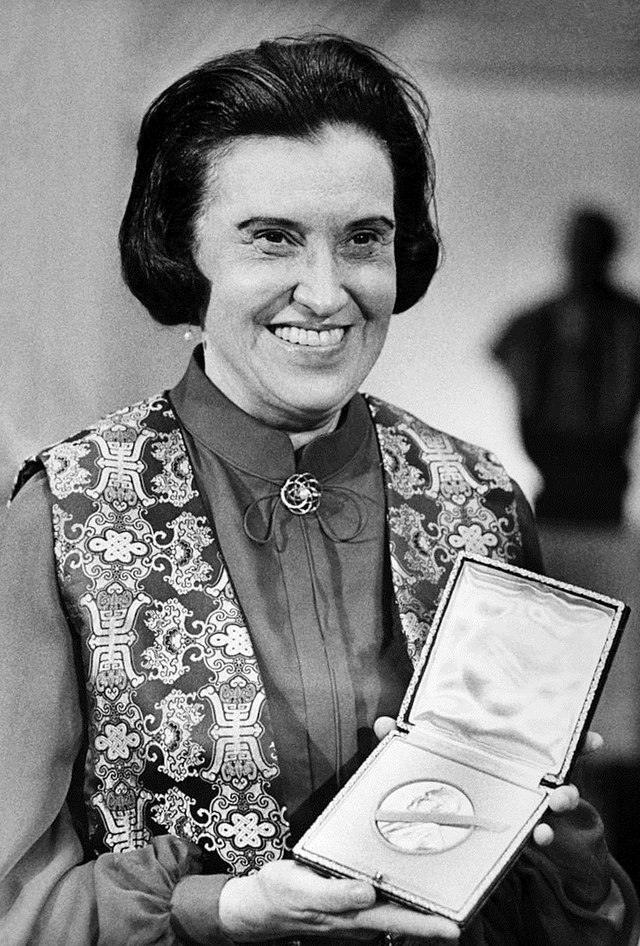 She was born in Manhattan, the daughter of Clara and Simon Sussman. She attended Walton High School. Knowing how to type, she won a part-time position as secretary to Dr. Rudolf Schoenheimer, a leading biochemist at Columbia University's College of Physicians and Surgeons. Not believing that any good graduate school would admit and provide financial support to a woman, she took a job as a secretary to Michael Heidelberger, another biochemist at Columbia, who hired her on the condition that she studied stenography. She graduated from Hunter College in January 1941. In mid-February of that aforementioned year she received an offer of a teaching assistantship in physics at the University of Illinois at Urbana-Champaign with the primary reason being that World War II commenced and many men went off to war and the university decided to offer scholarships for women rather than shut down. That summer she took two tuition-free physics courses under government auspices at New York University.

At the University of Illinois, she was the only woman among the department's 400 members, and the first since 1917. She married fellow student Aaron Yalow, the son of a rabbi, in June 1943. They had two children and kept a kosher home. Yalow earned her Ph.D in 1945. After graduating, Yalow joined the Bronx Veterans Administration Medical Center to help set up its radioisotope service. There she collaborated with Solomon Berson to develop radioimmunoassay (RIA). RIA is a radioisotope tracing technique that allows the measurement of tiny quantities of various biological substances in human blood as well as a multitude of other aqueous fluids. RIA testing relies on the creation of two reagents. One reagent is a molecule that is the product of covalently bonding a radioactive isotope atom with a molecule of the target. The second reagent is an antibody which specifically chemically reacts with the target substance. The measurement of target signal is done using both reagents. They are mixed with the fluid containing an unknown concentration of target to be measured. The radioactive atom supplies a signal that can be monitored. The target supplied from the unknown concentration solution displaces the radiolabelled target bond to the antibody. Originally used to study insulin levels in diabetes mellitus, the technique has since been applied to hundreds of other substances – including hormones, vitamins and enzymes – all too small to detect previously. Despite its huge commercial potential, Yalow and Berson refused to patent the method. In 1968, Yalow was appointed Research Professor in the Department of Medicine at Mount Sinai Hospital, where she later became the Solomon Berson Distinguished Professor at Large. Until the time of her death she continued to reside in the same house in Riverdale that she and her husband purchased after she began working at the Bronx Veterans Administration Medical Center in the 1940s. Her husband, Dr. Aaron Yalow, died in 1992. Rosalyn Yalow died on May 30, 2011, aged 89, in The Bronx from undisclosed causes.

In 1975 Yalow and Berson (who had died in 1972) were awarded the AMA Scientific Achievement Award. The following year she became the first female recipient of the Albert Lasker Award for Basic Medical Research. In 1977 Yalow received the Nobel prize for the invention she and Berson created. Radioimmunoassay (RIA) can be used to measure a multitude of substances found in tiny quantities in fluids within and outside of organisms (such as viruses, drugs and hormones). The list of current possible uses is endless, but specifically, RIA allows blood-donations to be screened for various types of hepatitis. The technique can also be used to identify hormone-related health problems. Further, RIA can be used to detect in the blood many foreign substances including some cancers. Finally, the technique can be used to measure the effectiveness of dose levels of antibiotics and drugs. She was elected a Fellow of the American Academy of Arts and Sciences in 1978. Yalow received the National Medal of Science in 1988.