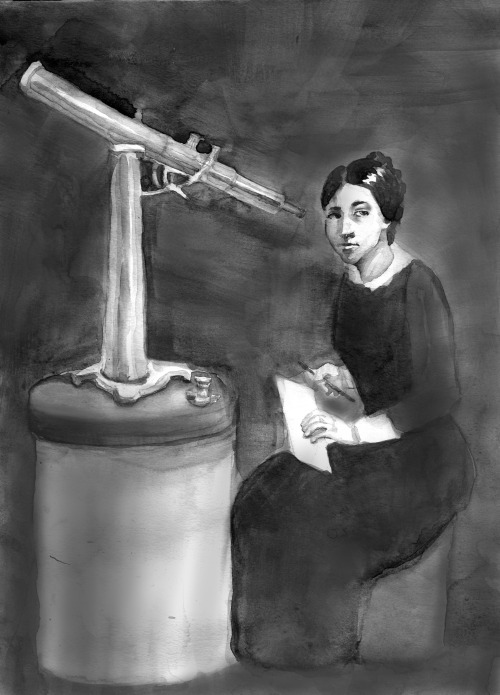 Maria Margarethe Kirch (née Winckelmann; 25 February 1670 – 29 December 1720) was a German astronomer, and one of the first famous astronomers of her period due to her writings on the conjunction of the sun with Saturn, Venus, and Jupiter in 1709 and 1712 respectively.

Maria was educated from an early age by her father, a Lutheran minister, who believed that she deserved an education equivalent to that given to young boys of the time. After her father's death, her education was continued by her uncle. As Maria, had an interest in astronomy from an early age, she took the opportunity of studying with Christoph Arnold, a self-taught astronomer who worked as a farmer in Sommerfeld, near Leipzig. She became Arnold's unofficial apprentice and later his assistant, living with him and his family.

Through Arnold, Maria met astronomer and mathematician Gottfried Kirch, one of the most famous German astronomers of the time. Despite Kirch being 30 years her senior, they married in 1692, later having four children, all of whom followed in their parents' footsteps by studying astronomy. Gottfried Kirch gave Maria further instruction in astronomy, as he had his sister and many other students. While at the time women were not allowed to attend universities, much work was conducted outside universities and Gottfried himself had never attended a university.

Maria and Gottfried worked together as a team, though Maria was mainly seen as Gottfried's assistant rather than equal. Together they made observations and performed calculations to produce calendars and ephemerides. From 1697, the couple also began recording weather information. The data collected by the Kirches was used to produce calendars and almanacs and was also very useful in navigation. The Royal Academy of Sciences in Berlin handled sales of their calendars, which included information on the phases of the moon, the setting of the sun, eclipses, and the position of the sun and other planets.

On 21 April 1702, while making her regular nighttime observations, Maria discovered a previously unknown comet, the so-called "Comet of 1702" (C/1702 H1), becoming the first woman to make such a discovery (actually two observers in Rome had found this comet about two hours before her). In the words of her husband: “Early in the morning the sky was clear and starry. Some nights before I had observed a variable star, and my wife wanted to find and see it for herself. In so doing she found a comet in the sky. At which time she woke me and I found that it was indeed a comet... was surprised that I had not seen it the night before.”

However, the comet was not named after her as was the case with most newly discovered comets, Gottfried instead taking credit for its discovery, something he may have done from fear of possible ridicule if the truth were widely known. It is likely, though, that Maria could not have made a claim in her own name because she published solely in German while the preferred language in the German scientific circles of the time was Latin, a fact which prevented her publishing her works in Germany's only scientific journal of the period, Acta Eruditorum. Gottfried later admitted the truth regarding the discovery in 1710 but the comet was never named after her.

Maria continued to pursue important work in astronomy, publishing in German under her own name, and with the proper recognition. Her publications, which included her observations on the Aurora Borealis (1707), the pamphlet Von der Conjunction der Sonne des Saturni und der Venus on the conjunction of the sun with Saturn and Venus (1709), and the approaching conjunction of Jupiter and Saturn in 1712 became her lasting contributions to astronomy. The latter contained both astrological and astronomical observations and some have claimed that it leaned towards the former. However, Alphonse des Vignoles, president of the Berlin Academy, said in her eulogy: "Madame Kirch prepared horoscopes at the request of her friends, but always against her will and in order not to be unkind to her patrons."

After Gottfried died in Berlin on 25 July 1710, Maria attempted to assume her husband's place as astronomer and calendar maker at the Royal Academy of Sciences, saying that she had been carrying out most of this work during the illness from which he died, as at that time it was not unusual for widows to take over their husband's business. However, the Royal Academy's council refused to let her do this and in fact did not even consider the possibility before she petitioned them, as they were reluctant to set a precedent. The only person who supported Maria was the then president of the Academy, Gottfried Wilhelm Leibniz, who had long encouraged her and had arranged for her to be presented to the royal court of Prussia in 1709 where she made a good impression as she discussed sunspots. Even Leibniz's support was insufficient to change the Academy's mind even though Maria had been left without any income.

Maria was of the opinion that her petitions were denied due to her gender. This is somewhat supported by the fact that Johann Heinrich Hoffmann, who had little experience, was appointed to her husband's place instead of her. Hoffmann soon fell behind with his work and failed to make required observations and it was even suggested that Maria become his assistant. Maria wrote: Now I go through a severe desert, and because... water is scarce... the taste is bitter. However, she was admitted by the Berlin Academy of Sciences.

In 1711, she published Die Vorbereitung zug grossen Opposition, a well-received pamphlet in which she predicted a new comet, followed by a pamphlet concerning Jupiter and Saturn which was again a blend of astronomical calculations and astrological material.

In 1712, Maria accepted the patronage of a family friend, Bernhard Friedrich Baron von Krosigk, who was an enthusiastic amateur astronomer, and began work in his observatory. She trained her son and daughters to act as her assistants and continued the family's astronomical work, continuing the production of calendars and almanacs as well as making observations.

After Baron von Krosigk died in 1714 Maria moved to Danzig to assist a professor of mathematics for a short time before returning. In 1716, she received an offer to work for Russian czar, Peter the Great, but preferred to remain in Berlin where she continued to calculate calendars for locales such as Nuremberg, Dresden, Breslau, and Hungary.

Also in 1716, Maria's son Christfried became the director of Berlin Observatory of the Royal Academy of Sciences following Hoffmann's death and Maria and her daughter, Christine, became his assistants. Academy members complained that she took too prominent a role during visits to the observatory and demanded that she behave like an assistant and stay in the background. Maria refused to do this and was forced to retire, being obliged to relinquish her home, which was sited on the observatory's grounds.

Maria continued working in private but conditions eventually forced her to abandon all astronomical work and she died in Berlin on 29 December 1720. Her three daughters continued much of her work after her death, assisting their brother in his position as master astronomer. Award: Gold medal of Royal Academy of Sciences, Berlin (1709).