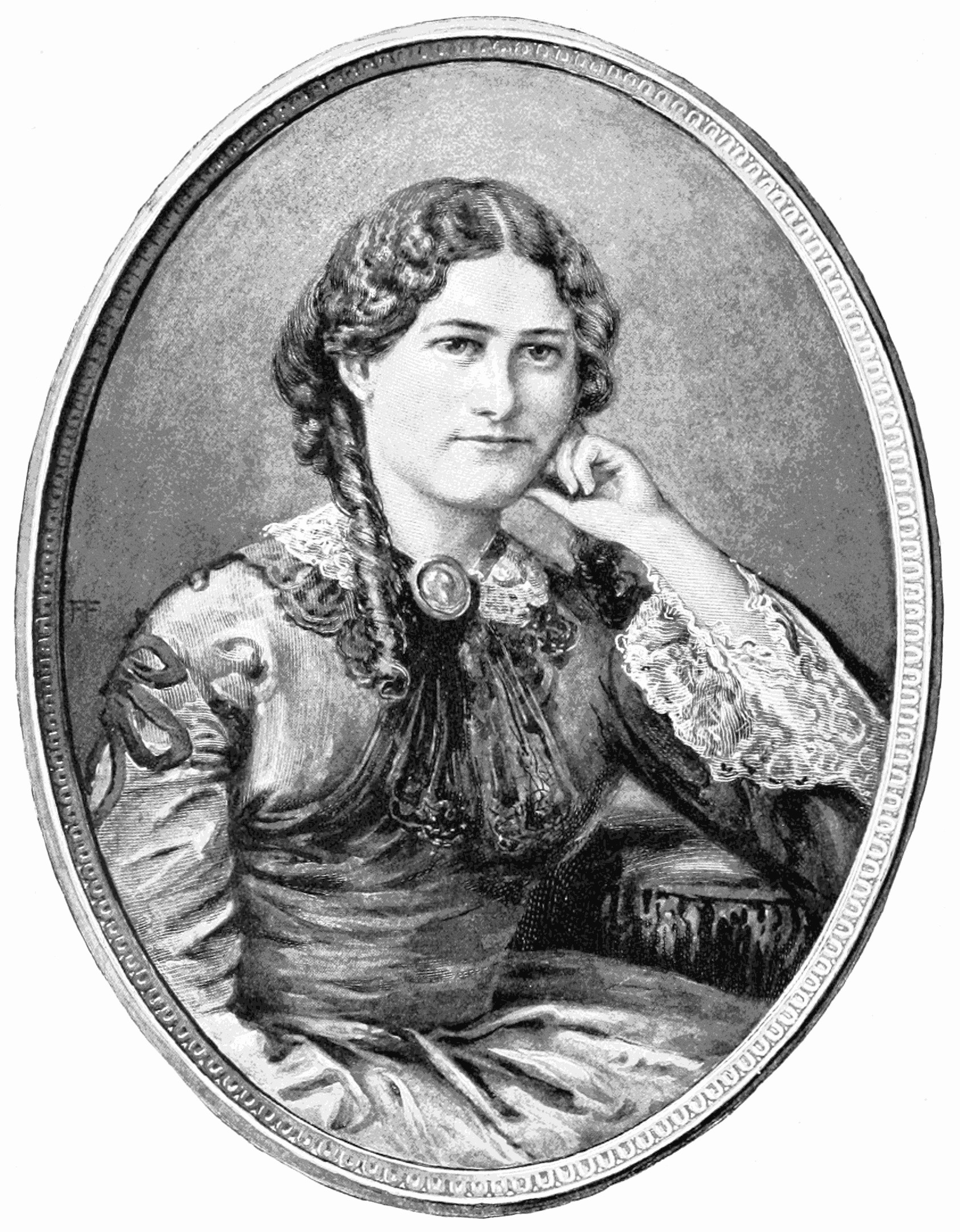 Main achievements: French translation of Charles Darwin's On the Origin of Species.

Clémence Royer was a self-taught French scholar who lectured and wrote on economics, philosophy, science and feminism. She is best known for her controversial 1862 French translation of Charles Darwin's On the Origin of Species.

Augustine-Clémence Audouard was born on 21 April 1830 in Nantes, Brittany, the only daughter of Augustin-René Royer and Joséphine-Gabrielle Audouard. When her parents married seven years later her name was changed to Clémence-Auguste Royer. Her mother was a seamstress from Nantes while her father came from Le Mans and was an army captain and a royalist legitimist. After the failure of a rebellion in 1832 to restore the Bourbon monarchy the family were forced to flee to Switzerland where they spent 4 years in exile before returning to Orléans. There her father gave himself up to the authorities and was tried for his part in the rebellion but was eventually acquitted.

Royer was mainly educated by her parents until the age of 10 when she was sent to the Sacré-Coeur convent school in Le Mans. She became very devout but was unhappy and spent only a short time at the school before continuing her education at home. When she was 13 she moved with her parents to Paris. As a teenager she excelled at needlework and enjoyed reading plays and novels. She was an atheist. Her father separated from her mother and returned to live in his native village in Brittany, leaving mother and daughter to live in Paris. She was 18 at the time of 1848 revolution and was greatly influenced by the republican ideas and abandoned her father’s political beliefs. When her father died a year later, she inherited a small piece of property. The next 3 years of her life were spent in self-study which enabled her to obtain diplomas in arithmetic, French and music, qualifying her to work as a teacher in a secondary school.

In January 1854 when aged 23 she took up a teaching post at a private girls’ school in Haverfordwest in south Wales. She spent a year there before returning to France in the spring of 1855 where she taught initially at a school in Touraine and then in the late spring of 1856 at a school near Beauvais. According to her autobiography, it was during this period that she began to seriously question her Catholic faith. In June 1856 Royer abandoned her career as a teacher and moved to Lausanne in Switzerland where she lived on the proceeds of the small legacy that she had received from her father. She borrowed books from the public library and spent her time studying, initially on the origins of Christianity and then on various scientific topics.

In 1858, inspired by a public lecture given by the Swedish novelist Frederika Bremer, Royer gave a series of 4 lectures on logic which were open only to women. These lectures were very successful. At about this time she began meeting a group of exiled French freethinkers and republicans in the town. One of these was Pascal Duprat, a former French deputy living in exile, who taught political science at the Académie de Lausanne (later the university) and edited two journals. He was 15 years older than Royer and married with a child. He was later to become her lover and the father of her son.

She began to assist Duprat with his journal Le Nouvel Économiste and he encouraged her to write. He also helped her to advertise her lectures. When she began another series of lecture for women, this time on natural philosophy in the winter of 1859-1860, Duprat’s Lausanne publisher printed her first lecture Introduction to the Philosophy of Women. This lecture provides an early record of her thoughts and her attitudes to the role of women in society. Duprat soon moved with his family to Geneva but Royer continued to write reviews of books for his journal and herself lived in Geneva for a period during the winter of 1860-1861.

When in 1860 the Swiss canton of Vaud offered a prize for the best essay on income tax, Royer wrote a book describing both the history and the practice of the tax which was awarded second prize. Her book was published in 1862 with the title Théorie de l'impôt ou la dîme social. It included a discussion on the economic role of women in society and the obligation of women to produce children. It was through this book that she first became known outside Switzerland.

In the spring of 1861 Royer visited Paris and gave a series of lectures. These were attended by the Countess Marie d'Agoult who shared many of Royer's republican views. The two women became friends and started corresponding with Royer sending long letters enclosing articles that she had written for the Journal des Économistes.

Royer's translation of On the Origin of Species led to public recognition. She was now much in demand to give lectures on Darwinism and spent the winter of 1862-1863 lecturing in Belgium and the Netherlands. She also worked on her only novel Les Jumeaux d’Hellas, a long melodramatic story set in Italy and Switzerland, which was published in 1864 to no great acclaim. She continued to review books and report on social-science meetings for the Journal des Économistes. During this period she would regularly meet up with Duprat at various European meetings.

In August 1865 Royer returned from Lausanne to live in Paris while Duprat, proscribed by the Second Empire, joined her and secretly shared her apartment. Three months later in December they went to live together openly in Florence (then the capital of Italy) where her only son, René, was born on 12 March 1866. With a small child to care for she could no longer easily travel but she continued to write, contributing to various journals and publishing a series of three articles on Jean-Baptiste Lamarck. She also worked on a book on the evolution of human society, L’origine de l’homme et des sociétés, published in 1870. This was a subject that Darwin had avoided in On the Origin of Species but was to address in The Descent of Man, and Selection in Relation to Sex published a year later.

At the end of 1868 Duprat left Florence to report on the Spanish revolution for the Journal des Économistes, and in 1869, with the relaxing of the political climate at the end of the Second Republic, Royer returned to Paris with her son. The move would allow her mother to help with raising her child.

Royer attended the first International Congress on Woman’s Rights in 1878 but did not speak. For the Congress in 1889 she was asked by Maria Deraismes, to chair the historical section. In her address she argued that the immediate introduction of women's suffrage was likely to lead to an increase in the power of the church and that the first priority should be to establish secular education for women. Similar elitist views were held by many French feminists at the time who feared a return to the monarchy with its strong links to the conservative Roman Catholic Church.

When in 1897, Marguerite Durand launched the feminist newspaper La Fronde, Royer became a regular correspondent, writing articles on scientific and social themes. In the same year her colleagues working on the newspaper organized a banquet in her honor and invited a number of eminent scientists.

Her book La Constitution du Monde on cosmology and the structure of matter was published in 1900. In it she criticized scientists for their over specialization and questioned accepted scientific theories. The book was not well received by the scientific community and a particularly uncomplimentary review in the journal Science suggested that her ideas "... show at every point a lamentable lack of scientific training and spirit." In the same year that her book was published she was awarded the Légion d'honneur.

Royer died in 1902 at the Maison Galignani in Neuilly-sur-Seine.