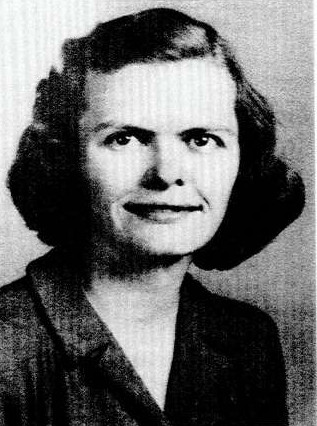 Julia Hall Bowman Robinson was an American mathematician best known for her work on decision problems and Hilbert's tenth problem.

Robinson was born in St. Louis, Missouri, the daughter of Ralph Bowers Bowman and Helen (Hall) Bowman. Her older sister was the mathematical popularizer and biographer Constance Reid. The family moved to Arizona and then to San Diego when the girls were a few years old. Julia attended San Diego High. She entered San Diego State University in 1936 and transferred as a senior to University of California, Berkeley, in 1939. She received her BA degree in 1940 and continued in graduate studies. She received the Ph.D. degree in 1948 under Alfred Tarski with a dissertation on "Definability and Decision Problems in Arithmetic".

In 1975 she became a full professor at Berkeley, teaching quarter-time because she still did not feel strong enough for a full-time job.

Hilbert's tenth problem: Hilbert's tenth problem asks for an algorithm to determine whether a Diophantine equation has any solutions in integers. A series of results developed in the 1940s through 1970 by Robinson, Martin Davis, Hilary Putnam, and Yuri Matiyasevich resolved this problem in the negative; that is, they showed that no such algorithm can exist.

George Csicsery produced and directed a one-hour documentary about Robinson titled Julia Robinson and Hilbert's Tenth Problem, that premiered at the Joint Mathematics Meeting in San Diego on January 7, 2008. Notices of the American Mathematical Society printed a film review and an interview with the director. College Mathematics Journal also published a film review.

Other decidability work: her Ph.D. thesis was on "Definability and Decision Problems in Arithmetic". In it she showed that the theory of the rational numbers was undecidable by showing that elementary number theory could be defined in terms of the rationals, and elementary number theory was already known to be undecidable (this is Gödel's first Incompleteness Theorem).

Other mathematical works: Robinson's work only strayed from decision problems twice. The first time was her first paper, published in 1948, on sequential analysis in statistics. The second was a 1951 paper in game theory where she proved that the fictitious play dynamics converges to the mixed strategy Nash equilibrium in two-player zero-sum games. This was posed as a prize problem at RAND with a $200 prize, but she did not receive the prize because she was a RAND employee at the time.