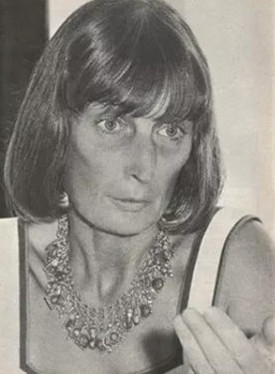 Alice Recoque was a French computer scientist, computer engineer and computer architecture specialist. She worked on the designs of mini-computers in the 1970s and led research focused on artificial intelligence.

She was born in 1929 in Cherchell, Algeria. She finished École supérieure de physique et de chimie industrielles in 1954 with a title of graduate engineer.

She started working at Société d'électronique et d'automatisme (SAE) in 1954. At SAE she worked on core memories of CAB1101. In 1956 Alice Recoque and Françoise Becquet started designing the mini-computer CAB500 - the first conversational desktop computer. The computer was released in 1960. The CAB500 was a French low cost mini-computer, the purpose of which was to do complex, scientific calculations.

After the merger of SAE and CAE, the Compagnie internationale pour l'informatique (CII) was born in 1966. She continued her work at CII when she worked on designing Mitra computers. The first design, Mitra 15, launched in 1972. Both the Mitra 15 and CAB500 were commercial successes in France.

She led the Bull Group at CII. In 1985 the Bull Group focused on the research on highly parallel machines and artificial intelligence. During that period she helped develop the language KOOL (knowledge representation object-oriented language) with its implementation in LISP.

She was a speaker at The European Association for microprocessing and microprogramming in August 1975.