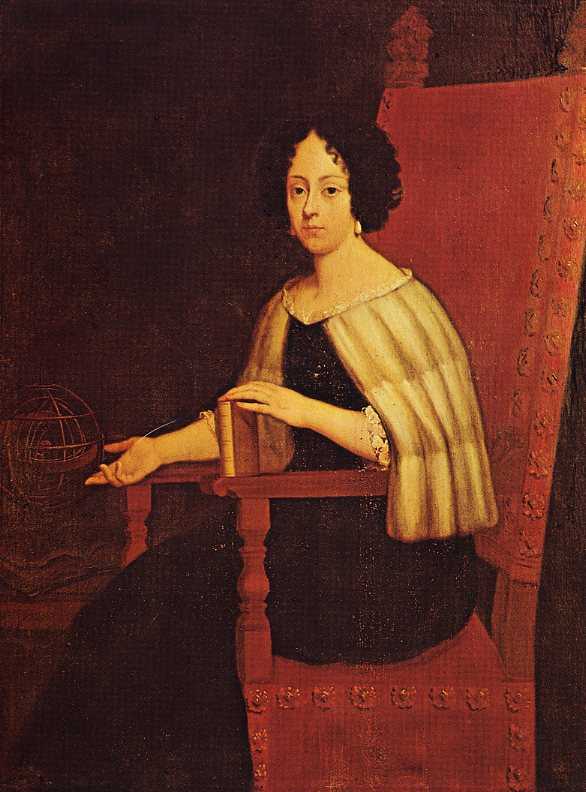 Main achievements: First woman in the world to receive a Ph.D. degree.

Elena Lucrezia Cornaro Piscopia, also Helen Cornaro, was an Italian philosopher of noble descent, who was the first woman to receive an academic degree from a university, and in 1678 she became the first woman in the world to receive a Ph.D. degree.

Elena was considered to be an expert musician. In addition to mastering the sciblis of her time-which means she mastered almost the entire body of knowledge-Elena mastered the harpsichord, the clavichord, the harp, and the violin. Her skills were shown by the music that she composed in her lifetime.

She was a member of various academies and was esteemed throughout Europe for her attainments and virtues. In Hypatia's Heritage, Margaret Alic states that she became a mathematics lecturer at the University of Padua in 1678.

Elena Cornaro Piscopia was born in the Palazzo Loredan, at Venice, Republic of Venice on 5 June 1646. She was the third child of Giovanni Battista Cornaro-Piscopia, and his wife Zanetta Boni. Her mother was a peasant and was not married to Giovanni (by whom she had four other children) at the time of Elena’s birth. Giovanni Battista was a Procurator of St. Mark's, a high office in the Republic of Venice, which entitled him to accommodation in St Mark's Square. By the advice from Giovanni Fabris, a priest friend of the family's, she began the study of Latin and Greek under distinguished instructors, and soon became proficient in these languages at the age of seven. She also mastered Hebrew, Spanish, French and Arabic, earning the title of "Oraculum Septilingue". Her later studies included mathematics, philosophy, and theology. In 1665 she took the habit of a Benedictine Oblate without, however, becoming a nun. In 1669, she translated from Spanish into Italian Colloquio di Cristo nostro Redentore all’anima devota, a book by the Carthusian monk Giovanni Laspergio. She was invited to be a part of many scholarly societies when her fame spread and in 1670 became president of the Venetian society Accademia dei Pacifici.

Upon the recommendation of Carlo Rinaldini, her tutor in philosophy, Felice Rotondi, petitioned the University of Padua to grant Cornaro the laurea in theology. When Gregorio Cardinal Barbarigo, the bishop of Padua, learned that she was pursuing a degree in theology, he refused on the grounds that she was a woman. However, he did allow for her to get a degree in philosophy and after a brilliant course of study received the laurea in Philosophy. The degree was conferred on 25 June 1678, in Padua Cathedral in the presence of the University authorities, the professors of all the faculties, the students, and most of the Venetian Senators, together with many invited guests from the Universities of Bologna, Perugia, Rome, and Naples. The Lady Elena spoke for an hour in classical Latin, explaining difficult passages selected at random from the works of Aristotle. She was listened to with great attention, and when she had finished, she received plaudits as Professor Rinaldini proceeded to award her the insignia of the laurea, the book of philosophy, placing the wreath of laurel on her head, the ring on her finger, and over her shoulders the ermine mozetta. This scene is illustrated in the Cornaro Window in the West Wing of the Thompson Memorial Library at Vassar College.

After graduation, Margaret Alic states that she became a mathematics lecturer at the University of Padua in 1678. She became a member of various academies and was esteemed throughout Europe for her attainments and virtues.

The last seven years of her life were devoted to study and charity. She died at Padua in 1684 of tuberculosis, was buried in the church of Santa Giustina at Padua, and her statue was placed in the university.

Her death was marked by memorial services in Venice, Padua, Siena, and Rome. Her writings, published at Parma in 1688, include academic discourses, translations, and devotional treatises. In 1685 the University of Padua caused a medal to be struck in her honour. In 1895 Abbess Mathilda Pynsent of the English Benedictine Nuns in Rome had Elena's tomb opened, the remains placed in a new casket, and a suitable tablet inscribed to her memory.

The book by Jane Smith Guernsey, entitled The Lady Cornaro: Pride and Prodigy of Venice, published in 1999, is the first full-length study of the life of Lady Elena.