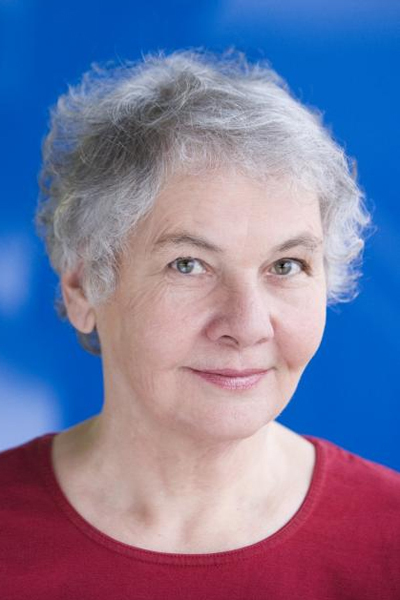 Born: 1942 in Magdebourg (Germany)
Nobel Prize in Physiology or Medicine in 1995

Main achievements: Works on the genetic control of embryonic development.

Christiane Nüsslein-Volhard is a German biologist. She won the Albert Lasker Award for Basic Medical Research in 1991 and the Nobel Prize in Physiology or Medicine in 1995, together with Eric Wieschaus and Edward B. Lewis, for their research on the genetic control of embryonic development. Today she lives in Bebenhausen, Germany.

The experiments that earned Nüsslein-Volhard and Wieschaus their Nobel prize aimed to identify genes involved in the development of Drosophila melanogaster (fruit fly) embryos. At this point (the late 1970s and early 1980s) little was known about the genetic and molecular mechanisms by which multicellular organisms develop from single cells to morphologically complex forms during embryogenesis. Fruit flies have long been an important model organism in genetics due to their small size and quick generation time, which makes even large numbers of them relatively easy to maintain and observe in the laboratory. Nüsslein-Volhard and Wieschaus identified genes involved in embryonic development by a series of genetic screens. They generated random mutations in fruit flies using EMS (Ethyl methanesulfonate). Some of these mutations affected genes involved in the development of the embryo. Nüsslein-Volhard and Weischaus took advantage of the segmented form of Drosophila larvae to address the logic of the genes controlling development. In normal unmutated Drosophila, each segment produces bristles called denticles in a band arranged on the side of the segment closer to the head (the anterior). The researchers looked at the pattern of segments and denticles in each mutant under the microscope, and were therefore able to work out that particular genes were involved in different processes during development based on their differing mutant phenotypes (such as fewer segments, gaps in the normal segment pattern, and alterations in the patterns of denticles on the segments). Many of these genes were given descriptive names based on the appearance of the mutant larvae, such as hedgehog, gurken (German: "cucumbers"), and Krüppel ( "cripple").

Later, researchers identified exactly which gene had been affected by each mutation, thereby identifying a set of genes crucial for Drosophila embryogenesis. The subsequent study of these mutants and their interactions led to important new insights into early Drosophila development, especially the mechanisms that underlie the step-wise development of body segments. A preparation of the cuticle from a Drosophila embryo, similar to those examined by Nüsslein-Volhard. Note the bands of denticles on the left hand side (towards the head) of each segment. These experiments are not only distinguished by their sheer scale (with the methods available at the time, they involved an enormous workload), but more importantly by their significance for organisms other than fruit flies. It was later found that many of the genes identified here had homologues in other species. In particular, the homeobox genes (coding for transcription factors critically involved in early body development) are found in all metazoans, and usually have similar roles in body segmentation. These findings have also led to important realizations about evolution - for example, that protostomes and deuterostomes are likely to have had a relatively well-developed common ancestor with a much more complex body plan than had been conventionally thought. Additionally, they greatly increased our understanding of the regulation of transcription, as well as cell fate during development. Nüsslein-Volhard is associated with the discovery of Toll, which led to the identification of toll-like receptors.

Since 1985 Christiane Nüsslein-Volhard has been Director of the Max Planck Institute for Developmental Biology in Tübingen and also leads its Genetics Department. In 1986, she received the Gottfried Wilhelm Leibniz Prize of the Deutsche Forschungsgemeinschaft, which is the highest honour awarded in German research. Since 2001 she has been member of the Nationaler Ethikrat (National Ethics Council of Germany) for the ethical assessment of new developments in the life sciences and their influence on the individual and society. Her primer for the lay-reader, Coming to Life: How Genes Drive Development was published in April 2006. In 2004 Nüsslein-Volhard started the Christiane Nüsslein-Volhard Foundation (Christiane Nüsslein-Volhard Stiftung). It is meant to aid promising young female German scientists with children. The foundation's main focus is to facilitate childcare as a supplement to existing stipends and day care.