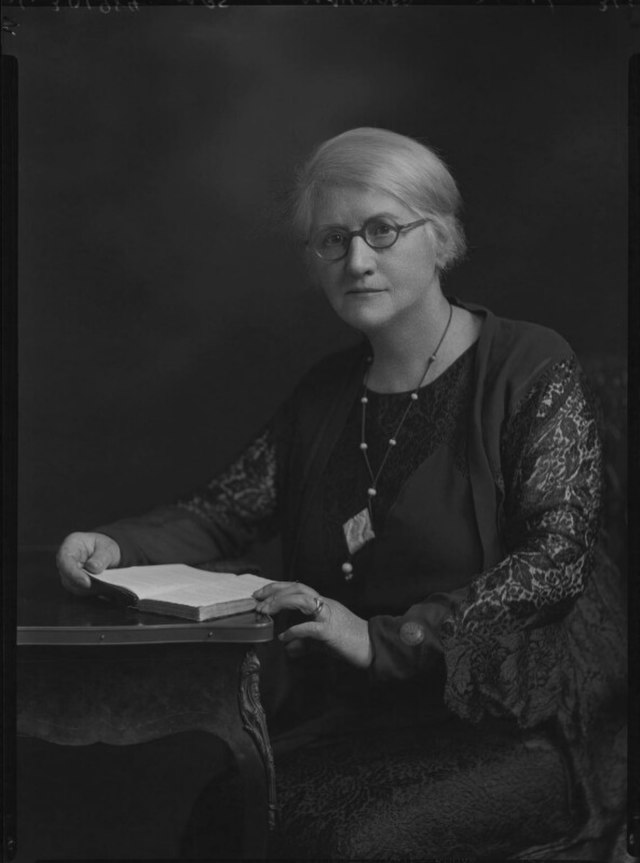 Main achievements: Author of The Heavens and their Story. First women elected at Royal Astronomical Society (1916).

Annie Scott Dill Russell was born in 1868 in The Manse, Strabane, County Tyrone, Ireland, to William Andrew Russell and Hessy Nesbitt Russell (née Dill). Her father was the minister of the Presbyterian Church in Strabane until 1882. She received her secondary education at the Ladies Collegiate School in Belfast, which later became Victoria College. Winning a prize in an 1886 intermediate school examination, she was able to sit the Girton open entrance scholarship examination, and was awarded a three-year scholarship.

She studied at Cambridge University (Girton College) and in 1889 she passed the degree examinations with honours, as the top mathematician of her year at Girton, and ranked Senior Optime (equivalent to second class at other universities) in the university results list. However the restrictions of the period did not allow her to receive the B.A. degree she would otherwise have earned.

In 1891 Russell began work at the Greenwich Royal Observatory, serving as one of the "lady computers" assigned to the solar department at a salary of four pounds per month. This was a special department set up in 1873 to photograph the sun. There Russell assisted Walter Maunder, and she spent a great deal of time photographing the Sun. The solar maximum of 1894 resulted in a high number of sunspots, the movements of which Russell also tracked.

Maunder and Russell were married in 1895, Walter's second marriage, and Annie was required to resign from her job due to restrictions on married women working in public service. However the two continued to collaborate, while Annie accompanied Walter on solar eclipse expeditions. In 1897 Annie received a grant from Girton College to acquire a short-focus camera with a 1.5-inch lens which she took on expeditions. She used this camera to photograph the outer solar corona from India in 1898.

Annie published The Heavens and their Story in 1908, with her husband Walter as co-author. (She was credited by her husband as the primary author.) The book contains her photographs of the sun and the Milky Way. She was elected as a Fellow of the Royal Astronomical Society in November 1916, ten months after the bar on female Fellows was lifted. She had first been nominated for election 24 years earlier. Earlier she had become a member of the British Astronomical Association, which her husband had helped found in 1890. Although he had been fellow of the Royal Astronomical Society since 1875, Maunder wanted an association of astronomers open to every person interested in astronomy, from every class of society, and especially open for women.

She returned to the Royal Greenwich Observatory as a volunteer during World War I, working there from 1915 to 1920. Many of her observations were published in popular journals under her husband's name before she was named as a Fellow of the Royal Astronomical Society.

The investigations of the Maunders demonstrated a correlation between the variation in sunspot numbers and the climate of the Earth, leading to the discovery that the period of decreased solar activity during the Maunder Minimum. Annie was regarded as an expert in eclipse photography and was asked to take charge of photography of the Canadian Government's eclipse expedition to Labrador in August 1905. This was the only time her expenses were paid for a scientific expedition; the weather ended up being cloudy and no eclipse observations were taken.

The crater Maunder on the Moon is jointly named for Walter and Annie Maunder, as is the Maunder Minimum.