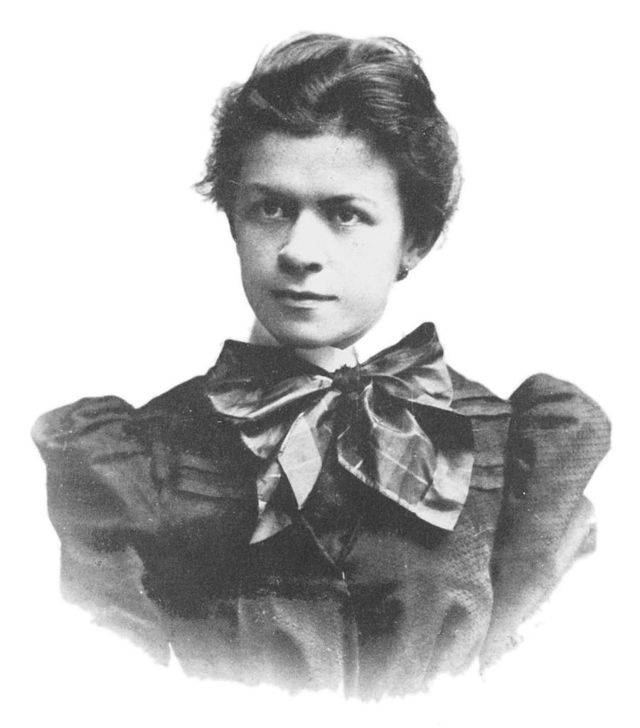 Mileva was born on 19 December 1875 to a rich family in Title, Vojvodina. Following her secondary education in Novi Sad she enrolled at the Royal Classical High School which until then had been an all-male institution. She had to get special permission to study Physics which she went on to pass and achieve the highest grades of anyone. In November 1894 Maric moved to Zurich, Switzerland to study medicine initially and then switched to Eidgenossische Technische Hoschule (Zurich Polytechnic) where she enrolled on a diploma course to teach Physics and Mathematics. Not only was Mileva the only woman on this course, but she was also only the fifth woman ever to study at this prestigious academic institution.

Alongside her were only five other students one of which was Albert Einstein. In 1899 they sat their intermediate diploma exams with both achieving an average grade of 5.5. Mileva Maric was a trail blazer inventing a womens’role in science and breaking traditions of academic institutions across Europe. She had to overcome major odds to be given opportunities, choosing a path that hardly any women in the late 19th century had taken. Einstein had to struggle also. One of the less well known facts about him was his dyslexia. He didn’t begin to speak until aged three. Often Einstein’s teachers told his parents to switch him to a trade school. It was only after leaving rote schools where students had to memorize everything that he was allowed to be creative in his work and Einstein began to shine. In different ways both Einstein and Maric over- came massive odds to be able to study Science and Physics in particular, the cornerstone for the world famous equation.

In 1901 Mileva became pregnant by Einstein and had to stop her work on her diploma dissertation. By 1902 she went back to Novi Sad where her daughter Lieserl was born. Her fate is not known, as Lieserl may have died in the summer of 1903 or may have been given up for adoption. In 1903 Maric and Einstein married in Bern, Switzerland. In 1904 a son Hans Albert was born. At that time Einstein worked at the Federal Office for Intellectual Property where he stayed until 1909 when he became a lecturer at the University of Zurich causing the family to move. In 1910 Eduard was born and in 1913 during a trip to Novi Sad, Mileva had her two sons baptised as Orthodox Christians. The following year the family moved to Berlin, and yet within a month Mileva was missing Switzerland, which caused her to take her children back with her to Zurich. By the end of 1914, as the world descended into the Great War most of Mileva’s and Albert’s friends realised that their marriage had collapsed. After the war in February 1919 Albert and Mileva who were still living separate lives, formally divorced. Although Mileva had been opposed to a divorce it was probably inevitable that the marriage would fail. Einstein had been living in Berlin since 1914 and the assassination of Austria’s Arch Duke Ferdinand by a Serb Gavrillo Princip did little to enamour Serbs to the German race.

There is controversy over what Mileva Maric might have contributed to Einstein’s work, and in particular dispute over the Annus Mirabilis Papers of 1905. Some “experts” such as John Stachel claim that any reference to “our” in work and research was simply Einstein re-assuring Maric of his love and that the “our” always referred to general statements rather than any specific breakthroughs. Much is also made of the fact that there are no exclusive Mileva Maric published papers. The Tesla Society however has been gathering evidence and claim that the newest findings gathered on the Theory of Relativity and specifically Mileva Maric’s contribution, was significant. A letter from Maric to Einstein discussing a 1897 lecture at Heidelburg, which would influence Einstein’s studies of Brownian Motion, one of his three influential 1905 papers. The documentary “Einstein’s Wife” showed that the original manuscript from 1905 of the “Theory of Relativity” was signed with Einstein-Marity (Marity for Maric). Soviet Scientist Abraham Joffe, an alumni of the Eidgenossische Technische Hoschule (Zurich Polytechnic) where Einstein and Maric had both studied, claimed to have seen this original manuscript with the two signatures of Einstein and Maric.

Then, there is Einstein’s quote from 1905 (translated from the original German): “For everything that I achieved in my life, I must thank Mileva. She is my genius inspirer, my protector against the hardships of life and Science. Without her, my work would never have been started nor finished.” Both Albert Einstein and Mileva Maric overcame tremendous odds to even study Physics. Einstein saw Maric as an equal in Physics this being part of the attraction between them. Mileva’s contribution to Einstein’s paper on Brownian Motion, a key part of his Annus Mirabilis Papers is seen as evidence of Maric’s direct contribution to the work on relativity. Abraham Joffe’s claim to have seen the original papers signed by Einstein and Maric. If Maric had chosen to live the privileged life of her wealthy family she would never have met Einstein and perhaps The Theory of Relativity would have taken longer to be discovered or maybe may still be undiscovered. On balance it would appear to be reasonable to assume that Mileva Maric made a contribution to this theory, and perhaps if she had stayed married to Einstein and been able to continue her work, she would be more widely acknowledged as such. Compare this with a contemporary and friend of Mileva’s, Marie Sklodowska, a Polish woman who like Mileva against the odds studied science in the 1800s – and then who alongside her French Husband Pierre Curie pioneered and developed important work in the field of Radioactivity. In the world of Science Marie Curie is well renowned and respected, having received the kudos of Nobel prizes in 1903 alongside her husband Pierre, but the Theory of Relativity, and the world’s most famous equation? The kudos went to Albert Einstein who in the eyes of the world just happened to have a wife called Mileva Maric.

To go beyond : here and there