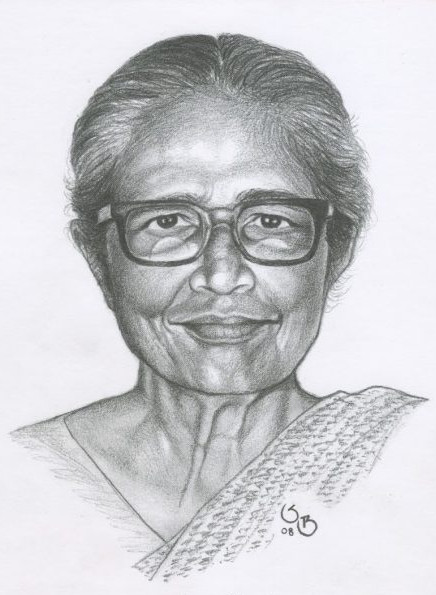 Anna Mani was an Indian physicist and meteorologist. She was the Deputy Director General of the Indian Meteorological Department. She made significant contributions in the field of meteorological instrumentation. She conducted research and published numerous papers on solar radiation, ozone and wind energy measurements.

Anna Mani was born in Peerumedu, Travancore. Her father was a civil engineer. She was the seventh of eight children in her family. During her childhood, she was a voracious reader. She was impressed by the activities of Gandhi during Vaikom satyagraha. Inspired by the nationalist movement, she took to wearing only Kh?d? garments. She wanted to pursue medicine, but she decided in favor of physics because she liked the subject. In 1939, she graduated from the Presidency College in Madras, with a B.Sc Honors degree in physics and chemistry.

After graduating from the Presidency college, she worked under Prof. C V Raman, researching the optical properties of ruby and diamond. She authored five research papers, but she was not granted a PhD because she did not have a master's degree in physics. Then she moved to Britain to study pursue physics, but she ended up studying meteorological instruments at Imperial College London. After returning to India in 1948, she joined the Meteorological department in Pune. She published numerous research papers on meteorological instrumentation. She retired as the deputy director general of the Indian Meteorological department in 1976.

Devoted to her studies and research, Mani never married. Passionate about nature, trekking and bird watching, she was a member of many scientific organizations – Indian National Science Academy, American Meteorological Society, and the International Solar Energy Society etc. In 1987, she received the INSA K. R. Ramanathan Medal for her achievements. In 1994, she suffered from a stroke that left her immobilized for the rest of her life. She passed away on August 16, 2001, in Thiruvananthapuram.