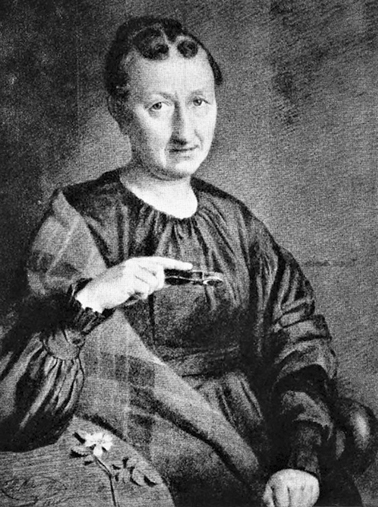 Main achievements: One of the first to identify the organism responsible for the late blight disease.

Marie-Anne Libert was a Belgian botanist and mycologist. She was one of the first women plant pathologists.

Marie-Anne Libert was born in Malmedy in April 1782, twelfth of the thirteen children of Henri-Joseph Libert and his wife Marie-Jeanne-Bernadine Libert (née Dubois). The parents, educated members of the middle class who ran a tanning business, recognised her intellectual potential. She was initially a pupil of the Sépulcrines of Malmedy. At the age of eleven her parents sent her to stay in Prüm in Germany to learn German and the violin, both of which she quickly mastered. Her father recognised his daughter's emerging interest in the exact sciences and taught her algebra and geometry, so that she could follow him into the business. She was enthusiastic and pushed the education well beyond the needs of commerce.

Marie-Anne Libert was motivated by a thirst for knowledge: everything interested her, she wanted to know everything[citation needed]. Nature drew her in particular; she spent long hours walking in the area of Malmedy, particularly in the High Fens. She observed, gathered many minerals and plants then identified them in her father's office, cataloguing and classifying them. As most reference works were written in Latin, she began to teach herself Latin.

Her work in botany, or more precisely in cryptogams, of an undeniable scientific rigour, earned her an international reputation. She corresponded with scientists in Belgium and elsewhere. She also collaborated for a time with Dr. Lejeune of Verviers, who was preparing a catalogue of the plants of the Department of Ourthe. Dr. Lejeune introduced Libert to the Swiss botanist Augustin Pyramis de Candolle, who encouraged her to work on crytogamic flora. Libert's later produced a cyptogamic flora of the Ardennes.

She was one of the first to identify the organism responsible for the late blight disease disease of the potato, which she named Botrytis vastatrix Lib. and of which she gave a detailed description in a report written in August 1845. The German mycologist Anton de Bary built on this discovery, among other work, when he showed in 1876 that the oomycete, Phytophthora infestans as he renamed it, was the cause of late blight, and not the consequence as was still believed at the time.

The study of ancient languages had directed her attention towards archaeology. In the last years of her life, when her age no longer allowed her to run around the countryside, she devoted considerable time to the history of the Principality of Stavelot-Malmedy. She gave to history and archeology the same scientific rigour as to her botanical studies, using all available sources.

In addition to her herbarium, she formed a remarkable collection of pearls obtained from large pearl mussels found in abundance in the river Amblève and its tributaries. She also assembled a large collection of coins.

This intense scientific activity was no obstacle to business. She took that with the same determination as her research, the same desire to do well. With her brothers, she was able to make a large extension to the small tannery which they had inherited from their parents. After a short illness, Marie-Anne Libert died in Malmedy on 14 January 1865.

The taxa Libertia (a genus of the family Iridaceae) and Libertiella (ascomycete fungi) were named after her.