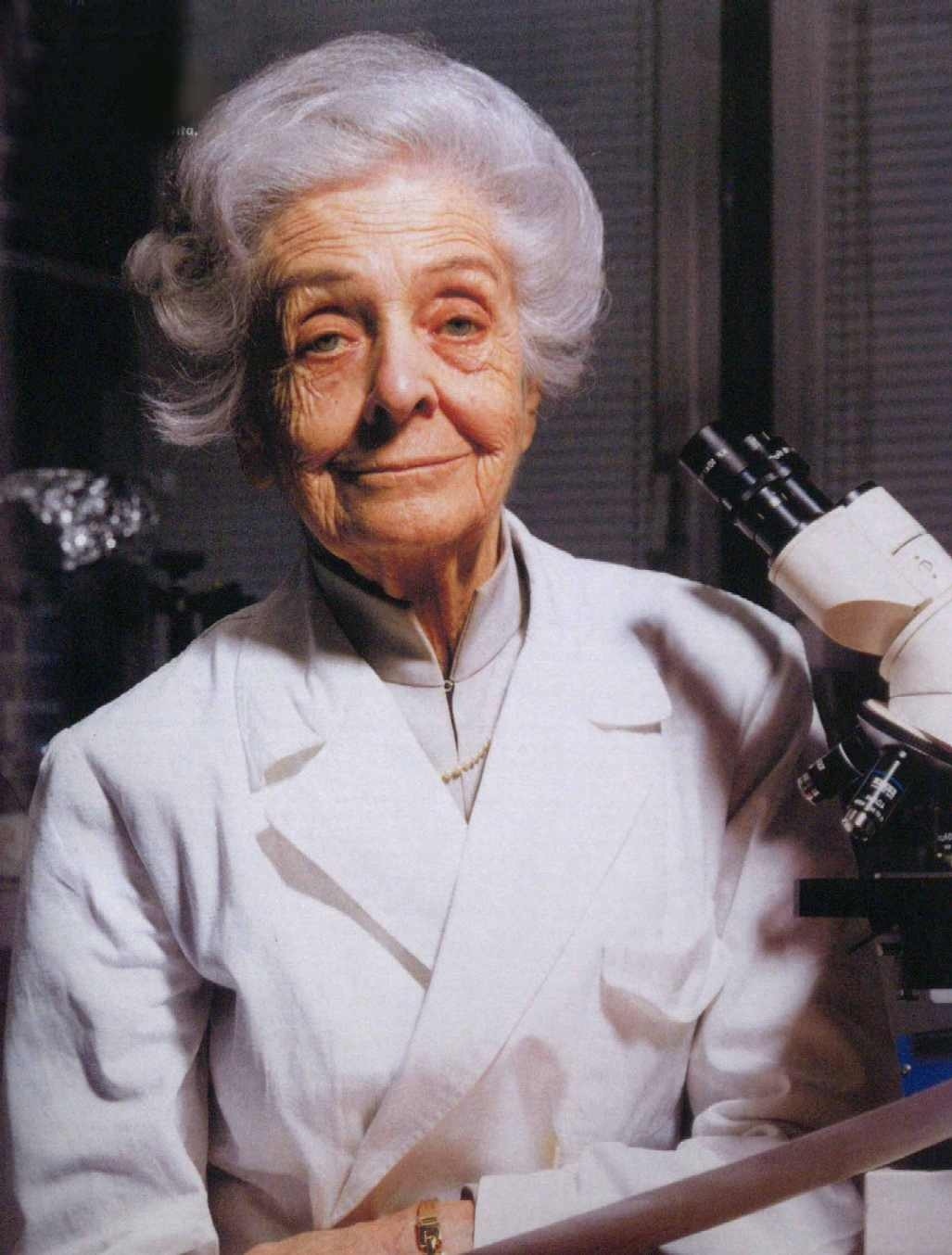 Rita Levi-Montalcini was an Italian neurologist who, together with colleague Stanley Cohen, received the 1986 Nobel Prize in Physiology or Medicine for their discovery of nerve growth factor (NGF). Also, from 2001, until her death, she served in the Italian Senate as a Senator for Life.

Rita Levi-Montalcini had been the oldest living Nobel laureate and the first ever to reach a 100th birthday. On 22 April 2009, she was feted with a 100th birthday party at Rome's city hall. Born on 22 April 1909 at Turin to a wealthy Italian Jewish family, she and her twin sister Paola were the youngest of four children. Her parents were Adamo Levi, an electrical engineer and mathematician, and Adele Montalcini, a painter. In her teenage years, she considered becoming a writer and admired Swedish writer Selma Lagerlöf. Adamo discouraged his children from attending college as he feared it would disrupt their lives as wives and mothers but he eventually supported Levi-Montalcini's aspirations to become a doctor anyway.

Levi-Montalcini decided to attend University of Turin Medical School after seeing a close family friend die of stomach cancer. While attending, she was taught by neurohistologist Giuseppe Levi who introduced her to the developing nervous system. After graduating with an M.D. in 1936, she went to work as Giuseppe Levi's assistant, but her academic career was cut short by Benito Mussolini's 1938 Manifesto of Race and the subsequent introduction of laws barring Jews from academic and professional careers. Levi-Montalcini lost her assistant position in the anatomy department after a 1938 law was passed, barring Jews from university positions. During World War II, Levi-Montalcini would conduct experiments from a home laboratory, studying the growth of nerve fibers in chicken embryos, which laid the groundwork for much of her later research. She described this experience decades later in the science documentary film Death by Design/The Life and Times of Life and Times (1997), which also features her identical twin sister Paola, who had entered a decades-long career in the arts. Her first genetics laboratory was in her bedroom at her home.

In 1943, to escape the German occupation of Italy, her family fled south to Florence, and she set up a laboratory there also, using the corner of a shared living space. During this time she also volunteered her medical expertise for the Allied health service. Her family returned to Turin in 1945. In September 1946, Levi-Montalcini accepted an invitation to Washington University in St. Louis, under the supervision of Professor Viktor Hamburger. Although the initial invitation was for one semester, after she repeated the exciting results from her home laboratory, Hamburger offered her a research associate position. She stayed in St. Louis for thirty years. It was there that, in 1952, she did her most important work: isolating the nerve growth factor (NGF) from observations of certain cancerous tissues that cause extremely rapid growth of nerve cells. By transferring pieces of tumors to chick embryos, Montalcini established a mass of cells that was full of nerve fibers. This discovery, of nerves growing everywhere like a halo around the tumor cells, was surprising. Montalcini described this "like rivulets of water flowing steadily over a bed of stones." The nerve growth produced by the tumor was unlike anything she had seen before – the nerves took over areas that would become other tissues and even entered veins in the embryo. But nerves did not grow into the arteries, which would flow from the embryo back to the tumor. This suggested to Montalcini that the tumor itself was releasing a substance that was stimulating the growth of nerves. She was made a Full Professor in 1958, and in 1962, established a research unit in Rome, dividing the rest of her time between there and St. Louis.

From 1961 to 1969 she directed the Research Center of Neurobiology of the CNR (Rome), and from 1969 to 1978 the Laboratory of Cellular Biology. Rita Levi-Montalcini founded the European Brain Research Institute in 2002, and then served as its president. Her role in this institute was at the center of some criticism from some parts of the scientific community in 2010. Controversies were raised about the cooperation of Levi-Montalcini with the Italian pharmaceutical industry Fidia . While working for Fidia, she improved the understanding of gangliosides. Beginning in 1975, the scientist supported the drug Cronassial (a particular ganglioside) produced by Fidia from bovine brain tissue. Independent studies showed that the drug actually could be successful in treatment of intended diseases (periphrastic nervous system neuropathies). Years later, some patients under treatment with Cronassial reported a severe neurological syndrome (Guillain-Barré syndrome). As per the normal cautionary routine, Germany banned Cronassial in 1983, followed by other countries. Italy prohibited the drug only in 1993; at the same time, an investigation revealed that Fidia paid the Italian Ministry of Health for a quick approval of Cronassial and later paid for pushing use of the drug in treatment of diseases where it had not been tested. During the investigation, one of the witnesses spoke about the use of Levi-Montalcini as a sponsor for the drug and serious criticism was levied at Levi-Montalcini. In the 1990s, she was one of the first scientists pointing out the importance of the mast cell in human pathology. In the same period (1993) she identified the endogenous compound palmitoylethanolamide as an important modulator of this cell. This line of research led to using this endogenous compound as an analgesic and anti-inflammatory drug.