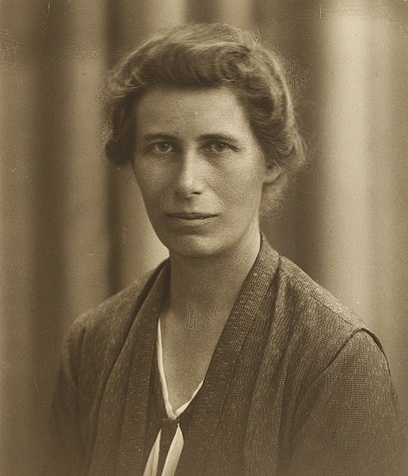 Main achievements: Discovery that the Earth has a solid inner core inside a molten outer core.

Inge Lehmann was a Danish seismologist and geophysicist. In 1936, she discovered that the Earth has a solid inner core inside a molten outer core. Before that, seismologists believed Earth's core to be a single molten sphere, being unable, however, to explain careful measurements of seismic waves from earthquakes, which were inconsistent with this idea. Lehmann analysed the seismic wave measurements and concluded that Earth must have a solid inner core and a molten outer core to produce seismic waves that matched the measurements. Other seismologists tested and then accepted Lehmann's explanation. Lehmann was also the longest-lived woman scientist, having lived for over 104 years.

Inge Lehmann was born and grew up in Osterbro, a part of Copenhagen. Her mother was Ida Sophie Torsleff; her father was experimental psychologist Alfred Georg Ludvik Lehmann. She received her school education at a pedagogically progressive high school led by Hanna Adler, Niels Bohr's aunt. According to Lehmann, her father and Adler were the most significant influences on her intellectual development.

She studied mathematics at the University of Copenhagen and University of Cambridge, interrupted by poor health. She continued her studies of mathematics in Cambridge from 1910 to 1911 at Newnham College. In 1911, she returned from Cambridge feeling exhausted from the work and put her studies aside for a while. She developed good computational skills in an actuary office she worked in for a few years until she resumed studies at Copenhagen University in 1918. She completed the candidatus magisterii degree in physical science and mathematics in two years. When she returned to Denmark in 1923, she accepted a position at Copenhagen University as an assistant to J.F. Steffensen, the professor of actuarial science.

Lehmann had a younger sister, Harriet, who became a movie writer and who had family and children in contrast to Lehmann, who lived by herself all her life.

In 1925 Lehmann became an assistant to the geodesist Niels Erik Norlund, who assigned her the task of setting up seismological observatories in Denmark and Greenland. Based on her studies in seismology, in 1928 she earned the magister scientiarum degree (equivalent to an MA) in geodesy and accepted a position as state geodesist and head of the department of seismology at the Geodetical Institute of Denmark led by Norlund. Lehmann looked into improving the co-ordination and analysis of measurements from Europe's seismographic observatories, as well as many other scientific endeavours.

In a paper titled P' (published in 1936), Lehmann was the first to interpret P wave arrivals—which inexplicably appeared in the P wave shadow of the Earth's core—as reflections from an inner core, for example from the strong 1929 Murchison earthquake. Other leading seismologists of the time, such as Beno Gutenberg, Charles Richter, and Harold Jeffreys, adopted this interpretation within two or three years, but it took until 1971 for the interpretation to be shown correct by computer calculations. Lehmann was significantly hampered in her work and maintaining international contacts during the German occupation of Denmark in World War II. She served as the Chair of the Danish Geophysical Society in 1940 and 1944 respectively.

In 1952, Lehmann was considered for a professorship in geophysics at Copenhagen University, but was not appointed. In 1953, she retired from her position at the Geodetic Institute. She moved to the US for several years and collaborated with Maurice Ewing and Frank Press on investigations of Earth's crust and upper mantle. During this work, she discovered another seismic discontinuity, which lies at depths between 190 and 250 km and was named for her, the Lehmann discontinuity. Francis Birch noted that the "Lehmann discontinuity was discovered through exacting scrutiny of seismic records by a master of a black art for which no amount of computerization is likely to be a complete substitute."

Lehmann received many honours for her outstanding scientific achievements, among them the Gordon Wood Award (1960), the Emil Wiechert Medal (1964), the Gold Medal of the Danish Royal Society of Science and Letters (1965), the Tagea Brandt Rejselegat (1938 and 1967), her election as a Fellow of the Royal Society in 1969, the William Bowie Medal (1971, as the first woman), and the Medal of the Seismological Society of America in 1977. She was awarded honorary doctorates from Columbia University in 1964 and from the University of Copenhagen in 1968, as well as numerous honorific memberships.

The asteroid 5632 Ingelehmann was named in her honour and in 2015 (which was the 100th anniversary of women's suffrage in Denmark) Lehmann got, in recognition of her great struggle against the male-dominated research community that existed in Denmark in the mid-20th century, a new beetle species named after her: Globicornis (Hadrotoma) ingelehmannae sp. n., Jiri Hava & Anders Leth Damgaard, 2015.

Because of her contribution to geological science, in 1997, the American Geophysical Union established the annual Inge Lehmann Medal to honour "outstanding contributions to the understanding of the structure, composition, and dynamics of the Earth's mantle and core." A memorial dedicated to Lehmann was installed on Frue Plads in Copenhagen in 2017.