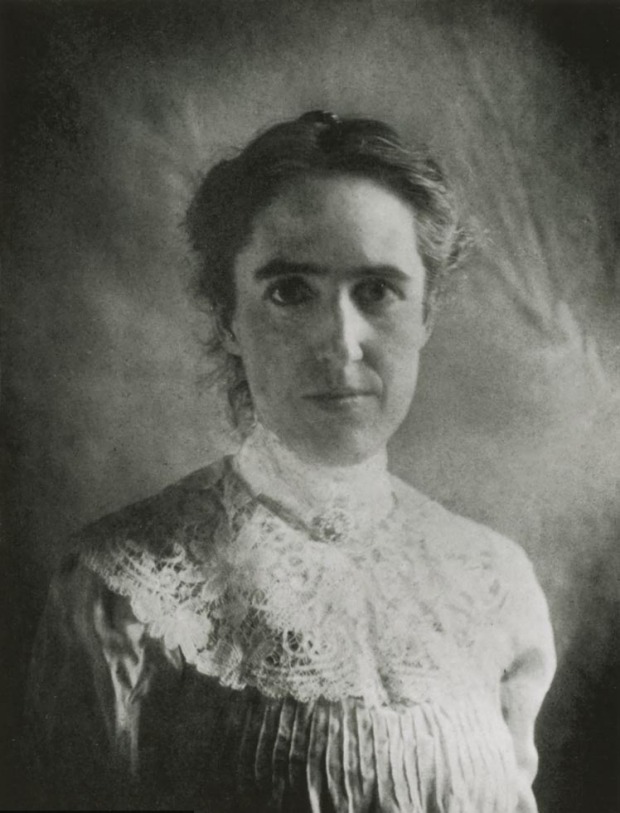 Main achievements: Discovered the relation between the luminosity and the period of Cepheid variable stars.

Henrietta Swan Leavitt was an American astronomer who discovered the relation between the luminosity and the period of Cepheid variable stars. A graduate of Radcliffe College, Leavitt started working at the Harvard College Observatory as a "computer" in 1893, examining photographic plates in order to measure and catalog the brightness of the stars. Though she received little recognition in her lifetime, it was her discovery that first allowed astronomers to measure the distance between the Earth and faraway galaxies. She explained her discovery: "A straight line can readily be drawn among each of the two series of points corresponding to maxima and minima, thus showing that there is a simple relation between the brightness of the variables and their periods." After Leavitt's death, Edwin Hubble used the luminosity–period relation for Cepheids together with spectral shifts first measured by fellow astronomer Vesto Slipher at Lowell Observatory to determine that the universe is expanding (see Hubble's law).

Henrietta Swan Leavitt, the daughter of Congregational church minister George Roswell Leavitt and his wife Henrietta Swan (Kendrick), was born in Lancaster, Massachusetts, a descendant of Deacon John Leavitt, an English Puritan tailor, who settled in the Massachusetts Bay Colony in the early seventeenth century. She attended Oberlin College and graduated from Radcliffe College, then called the Society for the Collegiate Instruction for Women, with a bachelor's degree in 1892. She studied a broad curriculum including classical Greek, fine arts, philosophy, analytic geometry, and calculus. It wasn't until her fourth year of college that Leavitt took a course in astronomy. She then traveled in America and in Europe, during which time she lost her hearing.

In 1892, she graduated from Harvard University's Radcliffe College, which was then known as the Society for the Collegiate Instruction of Women. In 1893, she obtained credits toward a graduate degree in astronomy for work done at the Harvard College Observatory; she never completed the degree. It was at the Harvard College Observatory that Leavitt began working as one of the women human "computers" hired by Edward Charles Pickering to measure and catalog the brightness of stars as they appeared in the observatory's photographic plate collection. (In the early 1900s, women were not allowed to operate telescopes). Because Leavitt had independent means, Pickering initially did not have to pay her. Later, she received $0.30 an hour for her work. She was reportedly “hard-working, serious-minded, little given to frivolous pursuits and selflessly devoted to her family, her church, and her career.”

Pickering assigned Leavitt to study "variable stars," whose luminosity varies over time. According to science writer Jeremy Bernstein, "variable stars had been of interest for years, but when she was studying those plates, I doubt Pickering thought she would make a significant discovery — one that would eventually change astronomy." Leavitt noted thousands of variable stars in images of the Magellanic Clouds. In 1908 she published her results in the Annals of the Astronomical Observatory of Harvard College, noting that a few of the variables showed a pattern: brighter ones appeared to have longer periods. After further study, she confirmed in 1912 that the Cepheid variables with greater intrinsic luminosity did have longer periods, and that the relationship was quite close and predictable.

Leavitt used the simplifying assumption that all of the Cepheids within each Magellanic Cloud were at approximately the same distances from Earth, so that their intrinsic brightness could be deduced from their apparent brightness (as measured from the photographic plates) and from the distance to each of the clouds. "Since the variables are probably at nearly the same distance from the Earth, their periods are apparently associated with their actual emission of light, as determined by their mass, density, and surface brightness."

Her discovery, which she produced from studying some 1,777 variable stars recorded on Harvard's photographic plates, is known as the "period–luminosity relationship" or "Leavitt's law": The logarithm of the period is linearly and directly related to the logarithm of the star's average intrinsic optical luminosity (which is the amount of power radiated by the star in the visible spectrum). In Leavitt's words, "A straight line can be readily drawn among each of the two series of points corresponding to maxima and minima, thus showing that there is a simple relation between the brightness of the Cepheid variables and their periods."

Leavitt also developed and continued to refine the Harvard Standard for photographic measurements, a logarithmic scale that orders stars by brightness over 17 magnitudes. She initially analyzed 299 plates from 13 telescopes to construct her scale, which was accepted by the International Committee of Photographic Magnitudes in 1913.

Awards and honors: The asteroid 5383 Leavitt and the crater Leavitt on the Moon are named after her to honor deaf men and women who have worked as astronomers. Unaware of her death four years prior, the Swedish mathematician Gösta Mittag-Leffler considered nominating her for the 1926 Nobel Prize in Physics, and wrote to Shapley requesting more information on her work on Cepheid variables, offering to send her his monograph on Sofia Kovalevskaya. Shapley replied, letting Mittag-Leffler know that Leavitt had died, and suggesting that the true credit belonged to his (Shapley's) interpretation of her findings. She was never nominated, because the Nobel Prize is not awarded posthumously.