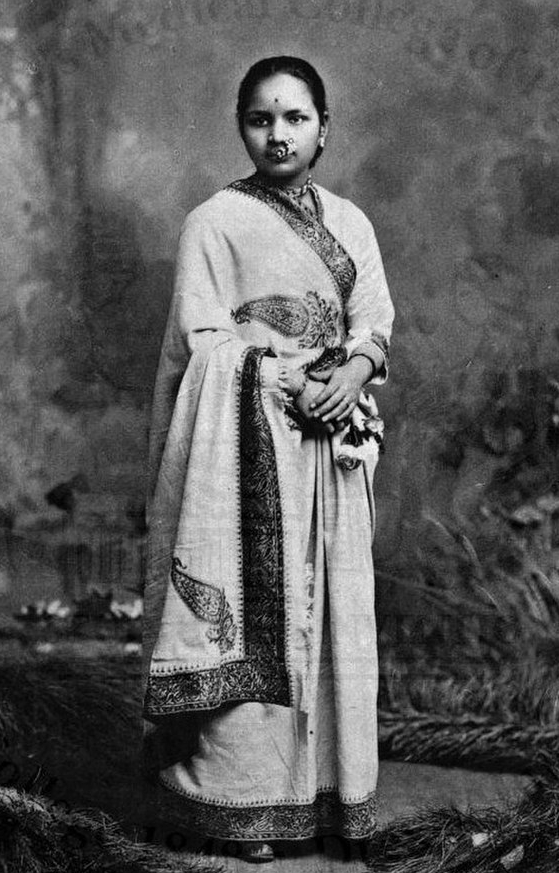 Main achievements: First female of Indian origin to study and graduate with a degree in medicine in the United States.

Anandi Joshi was one of the first Indian female physicians. She was the first female of Indian origin to study and graduate with a degree in medicine in the United States. She is also believed to be the first woman to set foot on American soil from India.

Anandi Joshi was born as Yamuna, in Kalyan of the Thane district in present-day Maharashtra, to an orthodox Hindu family. Her family used to be landlords in Kalyan but lost their economic wealth. As was the practice at that time, Yamuna was married at the age of nine to Gopalrao, a widower almost twenty years her senior, due to pressure laid by her family. After marriage, her husband renamed her Anandi. Gopalrao worked as a postal clerk in Kalyan. Later, he was transferred to Alibag, and then, finally, to Calcutta (today, Kolkata). He was a progressive thinker, and supported education for women, which was not very prevalent at the time.

It was common for Brahmins in those times to be proficient in Sanskrit. However, influenced by Lokhitawadi's Shat Patre, Gopalrao regarded learning English as more pragmatic than learning Sanskrit. Noticing Anandi's interest, he helped her receive an education and learn English. At the age of fourteen, Anandi gave birth to a boy, but the child lived only for ten days because the medical care necessary for his survival was unavailable. This situation proved to be a turning point in Anandibai's life, and inspired her to become a physician.

Gopalrao encouraged Anandi to study medicine. In 1880, he sent a letter to Royal Wilder, a well-known American missionary, stating Anandibai's interest in studying medicine in the United States, and inquiring about a suitable post in the US for himself. Wilder offered to help if the couple would convert to Christianity. This proposition, however, was not acceptable to the Joshi couple. Wilder published the correspondence in his Princeton's Missionary Review. Theodicia Carpenter, a resident of Roselle, New Jersey, happened to read it while waiting to see her dentist. Anandi's desire to study medicine, and Gopalrao's support for his wife impressed her, and she wrote to them offering Anandibai accommodation in America. An exchange of many letters between Anandibai and Theodicia ensued in which they discussed, among other things, Hindu culture and religion.

While the Joshi couple was in Calcutta, Anandi's health was declining. She suffered from weakness, constant headaches, occasional fever, and, sometimes, breathlessness. Theodicia sent her medicines from America, without results. In 1883, Gopalrao was transferred to Serampore, and he decided to send Anandibai by herself to America for her medical studies despite her poor health. Though apprehensive, Gopalrao convinced her to set an example for other women by pursuing higher education. A physician couple named Thorborn suggested Anandi Joshi to apply to the Women's Medical College of Pennsylvania. On learning of Anandibai's plans to pursue higher education in the West, orthodox Hindu society censured her very strongly. Many Christians supported her decision, but they wanted her to convert to Christianity.

Anandi Joshi addressed the community at Serampore College Hall, explaining her decision to go to America and obtain a medical degree. She discussed the persecution she and her husband had endured. She stressed the need for Hindu female doctors in India, and talked about her goal of opening a medical college for women in India. She also pledged that she would not convert to Christianity. Her speech received publicity, and financial contributions started pouring in from all over India.

Anandi Joshi traveled to New York from Calcutta by ship, chaperoned by two English female acquaintances of the Thorborns. In New York, Theodicia Carpenter received her in June 1883. Anandi Joshi wrote to the Women's Medical College of Pennsylvania, asking to be admitted to their medical program, (which was the second women's medical program in the world). Rachel Bodley, the dean of the college, enrolled her.

Anandi Joshi began her medical education at age 19. In America, her declining health worsened because of the cold weather and unfamiliar diet. She contracted tuberculosis. Nevertheless, she graduated with an MD on 11 March 1886; the topic of her thesis was "Obstetrics among the Aryan Hindoos". On her graduation, Queen Victoria sent her a congratulatory message.

In late 1886, Anandi Joshi returned to India, receiving a hero's welcome. The princely state of Kolhapur appointed her as the physician-in-charge of the female ward of the local Albert Edward Hospital.

Anandi Joshi died early the next year on 26 February 1887 before turning 22. Her death was mourned throughout India. Her ashes were sent to Theodicia Carpenter, who placed them in her family cemetery in Poughkeepsie, New York.