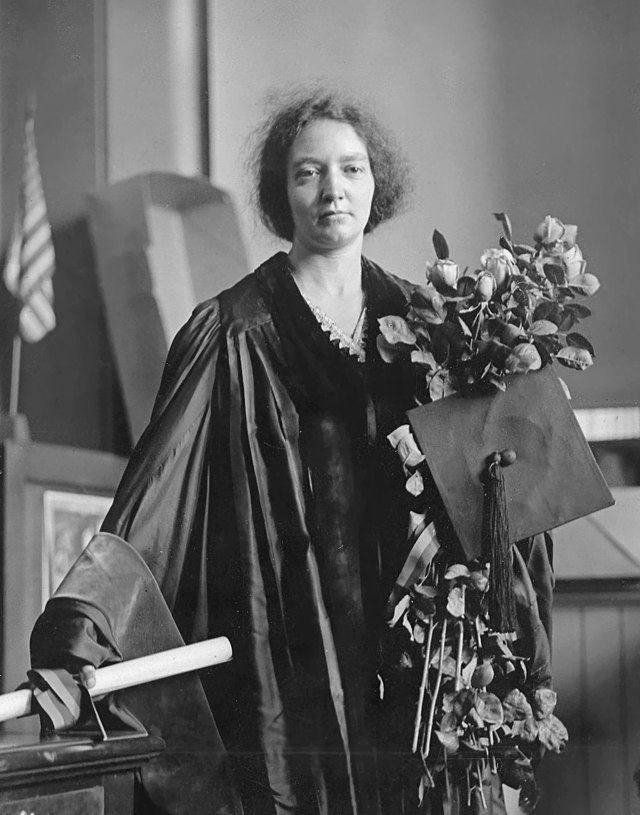 Jointly with her husband, Joliot-Curie was awarded the Nobel Prize for chemistry in 1935 for their discovery of artificial radioactivity. This made the Curies the family with the most Nobel laureates to date. Both children of the Joliot-Curies, Hélène and Pierre, are also esteemed scientists.

Irène Curie was born in Paris, France. After a year of traditional education, which began when she was 10 years old, her parents realized her obvious mathematical talent and decided that Irène’s academic abilities needed a more challenging environment. Marie joined forces with a number of eminent French scholars, including the prominent French physicist Paul Langevin to form “The Cooperative,” a private gathering of some of the most distinguished academics in France. Each contributed to educating one another’s children in their respective homes. The curriculum of The Cooperative was varied and included not only the principles of science and scientific research but such diverse subjects as Chinese and sculpture and with great emphasis placed on self-expression and play.

This arrangement lasted for two years after which Curie re-entered a more orthodox learning environment at the Collège Sévigné in central Paris from 1912 to 1914 and then onto the Faculty of Science at the Sorbonne, to complete her Baccalaureate. Her studies at the Faculty of Science were interrupted by World War I. Initially, Irène Curie was taken to the countryside but a year later when she turned 18 she was re-united with her mother, running the 20 mobile field hospitals that Marie had established. The hospitals were equipped with primitive X-ray equipment made possible by the Curies’ radiochemical research. This technology greatly assisted doctors to locate shrapnel in wounded soldiers, but it was crude and led to both Marie and Irène, who were serving as nurse radiographers, suffering large doses of radiation exposure. Both would eventually die from the consequences of accumulated radiation exposure over their professional life.

After the War, Irène Curie returned to Paris to study at the Radium Institute, which had been built by her parents. The institute was completed in 1914 but remained empty during the war. Her doctoral thesis was concerned with the alpha rays of polonium, the element discovered by her parents (along with radium) and named after Marie’s country of birth, Poland. Irène Curie became Doctor of Science in 1925. As she neared the end of her doctorate in 1924 she was asked to teach the precise laboratory techniques required for radiochemical research to the young chemical engineer Frédéric Joliot whom she would later come to wed.

From 1928 Joliot-Curie and her husband Frédéric combined their research interests on the study of atomic nuclei. Though their experiments identified both the positron and the neutron, they failed to interpret the significance of the results and the discoveries were later claimed by Carl David Anderson and James Chadwick respectively. These discoveries would have secured greatness indeed, as together with J.J. Thomson's discovery of the electron in 1897, they finally replaced John Dalton’s theory of atoms being solid spherical particles. Finally, in 1934 they made the discovery that sealed their place in scientific history. Building on the work of Marie and Pierre, who had isolated naturally occurring radioactive elements, Joliot-Curies realized the alchemist’s dream of turning one element into another, creating radioactive nitrogen from boron and then radioactive isotopes of phosphorus from aluminum and silicon from magnesium. For example, irradiating the main natural and stable isotope of aluminum with alpha particles (i.e. helium nuclei) results in an unstable isotope of phosphorus. By now the application of radioactive materials for use in medicine was growing and this discovery led to an ability to create radioactive materials quickly, cheaply and plentifully.

The Nobel Prize for chemistry in 1935 brought with it fame and recognition from the scientific community and Joliot-Curie was awarded a professorship at the Faculty of Science. Irène’s group pioneered research into radium nuclei that led a separate group of German physicists, led by Otto Hahn, Lise Meitner, and Fritz Strassman, to discover nuclear fission; the splitting of the nucleus itself and the vast amounts of energy emitted as a result. The years of working so closely with such deadly materials finally caught up with Joliot-Curie and she was diagnosed with leukemia. She had been accidentally exposed to polonium when a sealed capsule of the element exploded on her laboratory bench in 1946. Treatment with antibiotics and a series of operations did relieve her suffering temporarily but her condition continued to deteriorate. Despite this Joliot-Curie continued to work and in 1955 drew up plans for new physics laboratories at the Universitie d’Orsay, south of Paris.