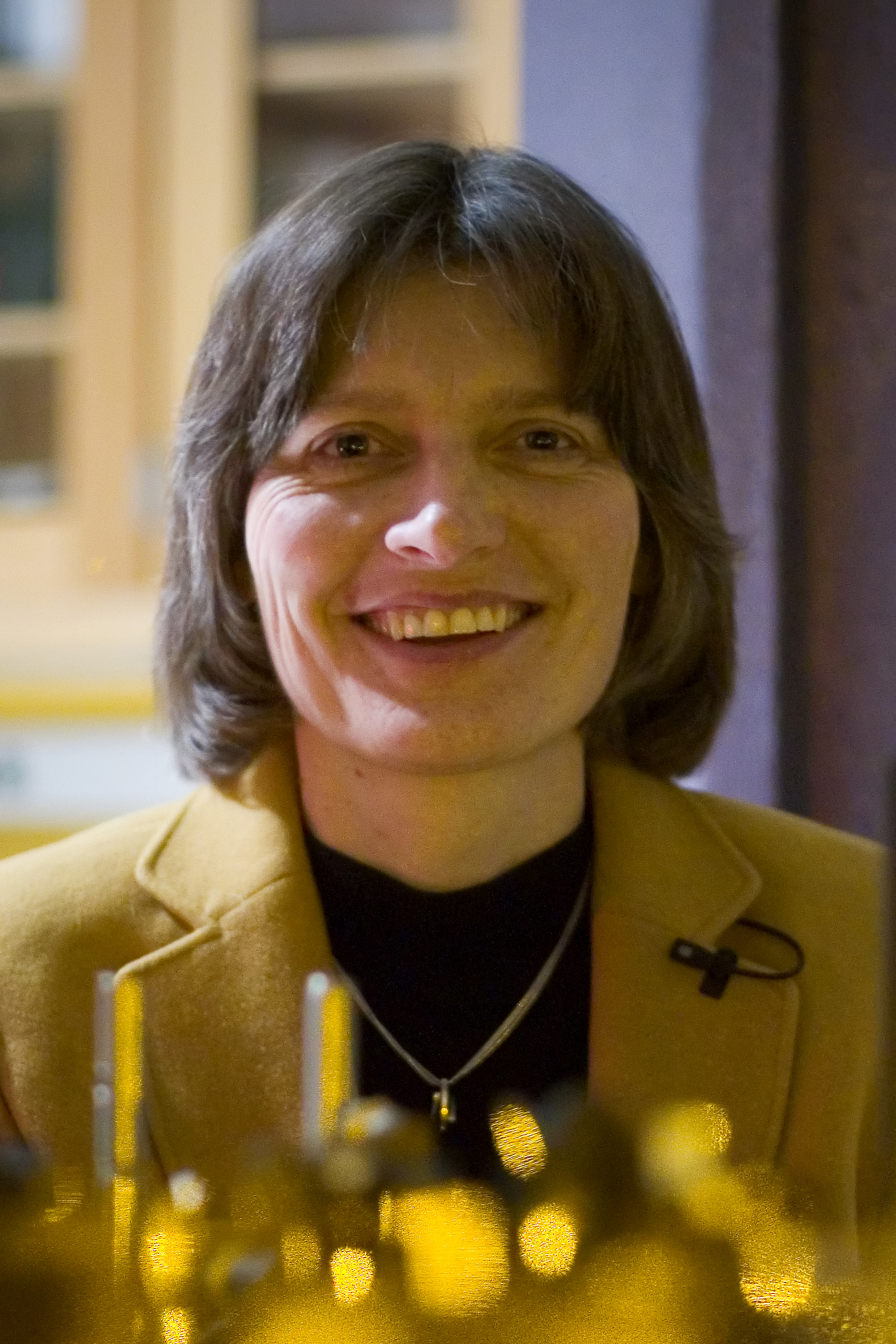 Main achievements: Slowing and stopping a beam of light

Lene Vestergaard Hau is a Danish physicist who is currently the Mallinckrodt Professor of Physics and of Applied Physics at Harvard University. She received a PhD from Aarhus University. In 1999, she led a Harvard University team who, by use of a Bose-Einstein condensate, succeeded in slowing a beam of light to about 17 metres per second, and, in 2001, was able to stop a beam completely. Later work based on these experiments led to the transfer of light to matter, then from matter back into light, a process with important implications for quantum encryption and quantum computing. More recent work has involved research into novel interactions between ultracold atoms and nanoscopic-scale systems. In addition to teaching physics and applied physics, she has taught Energy Science at Harvard, involving photovoltaic cells, nuclear power, batteries, and photosynthesis. As well as her own experiments and research, she is often invited to speak at international conferences, and is involved in structuring the science policies of various institutions. She was keynote speaker at EliteForsk-konferencen 2013 ("Elite Research Conference") in Copenhagen, which was attended by government ministers, as well as senior science policy and research developers in Denmark. In acknowledgment of her many achievements, Discover Magazine recognized her in 2002 as one of the 50 most important women in science.

After being awarded her bachelor's degree in Mathematics in 1984, Hau continued to study at the University of Aarhus for her master's degree in Physics which was awarded two years later. For her doctoral studies in quantum theory Hau worked on ideas similar to those involved in fibre optic cables carrying light, but her work involved strings of atoms in a silicon crystal carrying electrons. While working towards her doctorate Hau spent seven months at CERN, the European Laboratory for Particle Physics near Geneva. She received her doctorate from the University of Aarhus in Denmark in 1991, but by this time her research interests had changed direction. In 1991 she joined the Rowland Institute for Science at Cambridge, Massachusetts as a scientific staff member, beginning to explore the possibilities of slow light and cold atoms. In 1999, Hau accepted a two-year appointment as a postdoctoral fellow at Harvard University. Her formalized training is in theoretical physics but her interest moved to experimental research in an effort to create a new form of matter known as a Bose–Einstein condensate. "Hau applied to the National Science Foundation for funds to make a batch of this condensate but was rejected on the grounds that she was a theorist for whom such experiments would be too difficult to do." Undeterred, she gained alternative funding, and became one of the first handful of physicists to create such a condensate. In September 1999 she was appointed the Gordon Mckay Professor of Applied Physics and Professor of Physics at Harvard. She was also awarded tenure in 1999, and is now Mallinckrodt Professor of Physics and Applied Physics at Harvard. In 2001 she became the first person to stop light completely, using a Bose–Einstein condensate to achieve this. Since then she has produced copious research, and new experimental work, in electromagnetically induced transparency, various areas of quantum physics, photonics and contributed to the development of new quantum devices and novel nanoscale applications.

Hau and her associates at Harvard University "have demonstrated exquisite control over light and matter in several experiments, but her experiment with 2 condensates is one of the most compelling". In 2006 they successfully transferred a qubit from light to a matter wave and back into light, again using Bose–Einstein condensates. Details of the experiment are discussed in the February 8, 2007 publication of the journal Nature. The experiment relies on the way that, according to quantum mechanics, atoms may behave as waves as well as particles. This enables atoms to do some counterintuitive things, such as passing through two openings at once. Within a Bose–Einstein condensate a light pulse is compressed by a factor of 50 million, without losing any of the information stored within it. In this Bose–Einstein condensate, information encoded in a light pulse can be transferred to the atom waves. Because all the atoms move coherently, the information does not dissolve into random noise. The light drives some of the cloud's roughly 1.8 million sodium atoms to enter into "quantum superposition" states, with a lower-energy component that stays put and a higher-energy component that travels between the two[clarification needed] clouds. A second 'control' laser then writes the shape of the pulse into the atom waves. When this control beam is turned off and the light pulse disappears, the 'matter copy' remains. Prior to this, researchers could not readily control optical information during its journey, except to amplify the signal to avoid fading. This experiment by Hau and her colleagues marked the first successful manipulation of coherent optical information. The new study is "a beautiful demonstration", says Irina Novikova, a physicist at the College of William and Mary in Williamsburg, VA. Before this result, she says, light storage was measured in milliseconds. "Here it's fractional seconds. It's a really dramatic time."

Of its potential, Hau said "While the matter is traveling between the two Bose–Einstein condensates, we can trap it, potentially for minutes, and reshape it – change it – in whatever way we want. This novel form of quantum control could also have applications in the developing fields of quantum information processing and quantum cryptography." Of the developmental implications, "This feat, the sharing around of quantum information in light-form and in not just one but two atom-forms, offers great encouragement to those who hope to develop quantum computers," said Jeremy Bloxham, dean of science in the Faculty of Arts and Sciences. Hau was awarded the George Ledlie Prize for this work, Harvard's Provost Steven Hyman noting "her work is path-breaking. Her research blurs the boundaries between basic and applied science, draws on the talent and people of two Schools and several departments, and provides a literally glowing example of how taking daring intellectual risks leads to profound rewards."

In 2009 Hau and team laser-cooled clouds of one million rubidium atoms to just a fraction of a degree above absolute zero. They then launched this millimeter-long atomic cloud towards a suspended carbon nanotube, located some two centimeters away and charged to hundreds of volts. The results were published in 2010, heralding new interactions between cold atoms and nanoscale systems.[16] They observed that most atoms passed by, but approximately 10 per million were inescapably attracted, causing them to dramatically accelerate both in movement and in temperature. "At this point, the speeding atoms separate into an electron and an ion rotating in parallel around the nanowire, completing each orbit in just a few trillionths of a second. The electron eventually gets sucked into the nanotube via quantum tunneling, causing its companion ion to shoot away – repelled by the strong charge of the 300-volt nanotube – at a speed of roughly 26 kilometers per second, or 59,000 miles per hour." Atoms can rapidly disintegrate, without having to collide with each other in this experiment. The team is quick to note that this effect is not produced by gravity, as calculated in blackholes that exist in space, but by the high electrical charge in the nanotube. The experiment combines nanotechnology with cold atoms to demonstrate a new type of high-resolution, single-atom, chip-integrated detector that may ultimately be able to resolve fringes from the interference of matter waves. The scientists also foresee a range of single-atom, fundamental studies made possible by their setup.