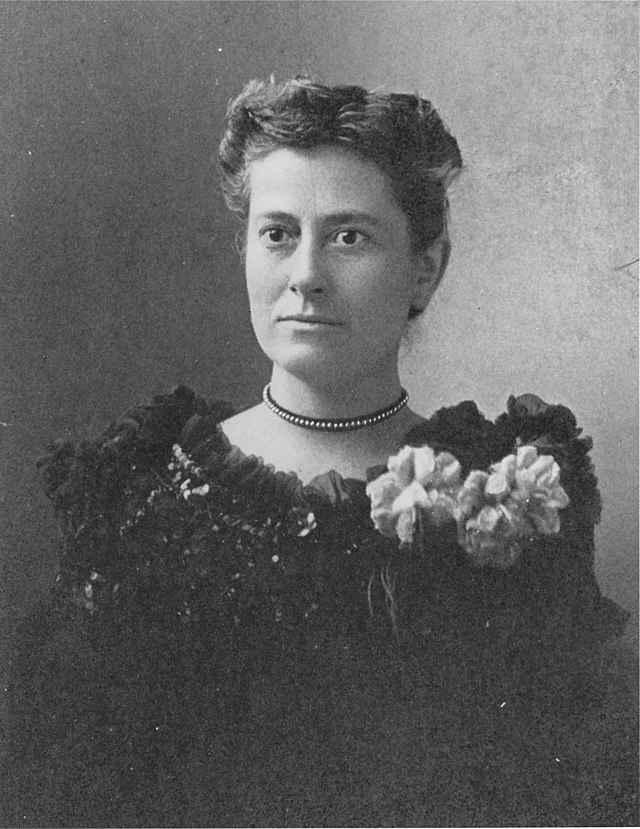 Williamina Paton Stevens Fleming was a Scottish astronomer. During her career, she helped develop a common designation system for stars and catalogued thousands of stars and other astronomical phenomena. Fleming is especially noted for her discovery of the Horsehead Nebula in 1888.

Williamina was born at 86 Nethergate, Dundee, on May 15, 1857, to parents Robert Stevens, a carver and gilder, and Mary Walker. She married James Orr Fleming, an accountant and widower of Isabella Barr, at Paradise Road, Dundee, on May 26, 1877. Williamina was a teacher before traveling to Boston with her husband. After she and her child were deserted by James, she worked as a maid in the home of Professor Edward Charles Pickering. Pickering became frustrated with his male assistants at the Harvard College Observatory and, according to legend, famously declared his maid could do a better job. In 1881, Pickering hired Fleming to do clerical work at the observatory. While there, she devised and helped implement a system of assigning stars a letter according to how much hydrogen could be observed in their spectra. Stars classified as A had the most hydrogen, B the next most, and so on.

Later, Annie Jump Cannon would improve upon this work to develop a simpler classification system based on temperature. Fleming contributed to the cataloguing of stars that would be published as the Henry Draper Catalogue. In nine years, she catalogued more than 10,000 stars. During her work, she discovered 59 gaseous nebulae, over 310 variable stars, and 10 novae. In 1907, she published a list of 222 variable stars she had discovered. In 1888, Fleming discovered the Horsehead Nebula on Harvard plate B2312, describing the bright nebula (later known as IC 434) as having "a semicircular indentation 5 minutes in diameter 30 minutes south of Zeta Orionis." The brother of Edward Pickering, William Henry Pickering, who had taken the photograph, speculated that the spot was dark obscuring matter.

All subsequent articles and books seem to deny Fleming and W. H. Pickering credit, because the compiler of the first Index Catalogue, J. L. E. Dreyer, eliminated Fleming's name from the list of objects then discovered by Harvard, attributing them all instead merely to "Pickering" (taken by most readers to mean E. C. Pickering, director of Harvard College Observatory.) By the release of the second Index Catalogue by Dreyer in 1908, Fleming and others at Harvard were famous enough to receive proper credit for later object discoveries, but not for IC 434 and the Horsehead Nebula, one of her early observations. Fleming was placed in charge of dozens of women hired to do mathematical classifications, and edited the observatory's publications.

In 1899, Fleming was given the title of Curator of Astronomical Photographs. In 1906, she was made an honorary member of the Royal Astronomical Society of London, the first American woman to be so elected. Soon after, she was appointed honorary fellow in astronomy of Wellesley College. Shortly before her death, the Astronomical Society of Mexico awarded her the Guadalupe Almendaro medal for her discovery of new stars. She published A Photographic Study of Variable Stars (1907) and Spectra and Photographic Magnitudes of Stars in Standard Regions (1911). She died in Boston of pneumonia in 1911.