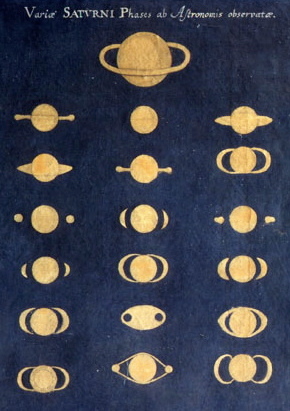 Main achievements: Astronomical illustrations depicting the phases of the moon, planets and comets.

Maria Clara Eimmart was a German astronomer, engraver and designer. She was the daughter and assistant of Georg Christoph Eimmart the Younger.

Maria Clara Eimmart was a German astronomer born in Nuremberg. She was the daughter of painter, engraver, and amateur astronomer Georg Christoph Eimmart the Younger, who was also director of the Nuremberg Academy of Art, the Malerakademie, from 1699 to 1704. Her grandfather, Georg Christoph Eimmart the Elder, was also an engraver and painter of portraits, still-lifes, landscapes, and historical subjects.

The profession of Maria Clara Eimmart’s father was lucrative, but he spent all of his earnings in the purchase of astronomical instruments and on building (in 1678) a private observatory on the Nuremberg city wall. He was a diligent observer and published his results in various memoirs and scientific transactions.

Because of the strength of the crafts tradition in Germany, Maria Clara Eimmart was able to take advantage of the opportunity to train as an apprentice to her father. Through him, she received a broad education in French, Latin, mathematics, astronomy, drawing, and engraving. Her skills as an engraver allowed her to assist her father in his work, and she became known for her depictions of the phases of the moon. In addition, she illustrated flowers, birds, and classical subjects, but most of these paintings have been lost.

In 1706, Eimmart married Johann Heinrich Muller (1671-1731), her father’s pupil and successor, who had become director of the Eimmart observatory in 1705. Muller also taught physics at the Nuremberg Gymnasium, where Eimmart assisted her husband. Muller was so influenced by the family love for astronomy that he became a diligent amateur and afterwards a professor at Altorf, where he used his skill in depicting comets, sun-spots, and lunar mountains aided by Maria Clara. In the early years of their marriage, their associates included the two Rost Brothers, who were novelists and astronomers, and Doppelmayer, a historian of astronomy.

Just a year after her marriage, Maria Clara Eimmart died in childbirth in Nuremberg.

Eimmart is best known for her exact astronomical illustrations done in pale pastels on dark blue cardboard. Between 1693 and 1698, Eimmart made over 350 drawings of the phases of the moon. This collection of drawings, drawn solely from observations through a telescope, was entitled Micrographia stellarum phases lunae ultra 300. Twelve of these were given to Luigi Ferdinando Marsili, a scientific collaborator of her father's, and ten survive in Bologna, together with three smaller studies on brown paper. Eimmart’s continuous series of depictions became the basis for a new lunar map.

In 1706, Eimmart made two illustrations of a total eclipse. There are also some drawings of planets and comets.

Schiebinger states that some sources claim Eimmart published a work under her father’s name in 1701, the Ichnographia nova contemplationum de sole. However, there is no evidence to support that this was her work and not her father’s.