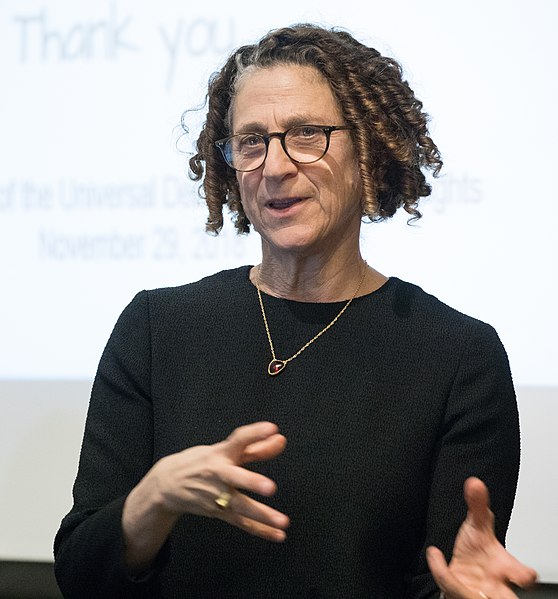 Cynthia Dwork is an American computer scientist at Harvard University, where she is Gordon McKay Professor of Computer Science, Radcliffe Alumnae Professor at the Radcliffe Institute for Advanced Study, and Affiliated Professor, Harvard Law School. She is a distinguished scientist at Microsoft Research.

Dwork is known for her research placing privacy-preserving data analysis on a mathematically rigorous foundation, including the co-invention of differential privacy, a strong privacy guarantee frequently permitting highly accurate data analysis (with McSherry, Nissim, and Smith, 2006). The differential privacy definition provides guidelines for preserving the privacy of people who may have contributed data to a dataset, by adding small amounts of noise either to the input data or to outputs of computations performed on the data. She uses a systems-based approach to studying fairness in algorithms including those used for placing ads. Dwork has also made contributions in cryptography and distributed computing, and is a recipient of the Edsger W. Dijkstra Prize for her early work on the foundations of fault-tolerant systems.

Her contributions in cryptography include Nonmalleable Cryptography with Danny Dolev and Moni Naor in 1991, the first lattice-based cryptosystem with Miklós Ajtai in 1997, which was also the first public-key cryptosystem for which breaking a random instance is as hard as solving the hardest instance of the underlying mathematical problem ("worst-case/average-case equivalence"). With Naor she also first presented the idea of, and a technique for, combating e-mail spam by requiring a proof of computational effort, also known as proof-of-work - a key technology underlying hashcash and bitcoin.