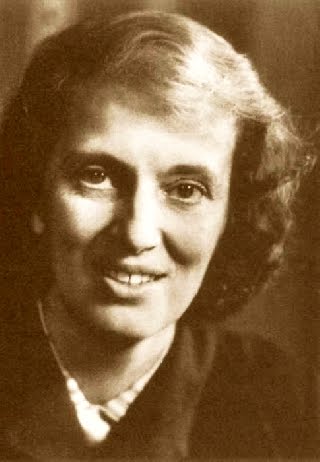 Main achievements: Discovery of the structures of penicillin and vitamin B12.

Dorothy Mary Hodgkin was a British chemist, credited with the development of protein crystallography. Dorothy Mary Crowfoot was born on 12 May 1910 in Cairo, Egypt. For the first four years of her life she lived in the English expatriate community in Egypt, returning to England only a few months each year. She spent the period of World War I in the United Kingdom under the care of relatives and friends, but separated from her parents. After the war, her mother decided to stay home in England for one year and educate her children, a period that Hodgkin later described as the happiest in her life.

In 1921, she entered the Sir John Leman Grammar School in Beccles. Only once, when she was thirteen, did she make an extended visit to her parents, who by then had moved to Khartoum, although both parents continued to visit England each summer. She developed a passion for chemistry from a young age, and her mother fostered her interest in science in general. Her state school education left her without Latin or a further science subject, but she took private tuition in order to enter the Oxford University entrance examination. At age 18 she started studying chemistry at Somerville College, Oxford, then one of the University of Oxford colleges for women only.

She studied for a PhD at the University of Cambridge under the supervision of John Desmond Bernal, where she became aware of the potential of X-ray crystallography to determine the structure of proteins, working with him on the technique's first application to analysis of a biological substance, pepsin. In 1933 she was awarded a research fellowship by Somerville College, and in 1934, she moved back to Oxford. The college appointed her its first fellow and tutor in chemistry in 1936, a post which she held until 1977. In the 1940s, one of her students was Margaret Roberts, the future Prime Minister Margaret Thatcher, who installed a portrait of Hodgkin in Downing Street in the 1980s. Together with Sydney Brenner, Jack Dunitz, Leslie Orgel, and Beryl M. Oughton, she was one of the first people in April 1953 to travel from Oxford to Cambridge to see the model of the structure of DNA, constructed by Francis Crick and James Watson, based on data acquired by Rosalind Franklin. According to the late Dr. Beryl Oughton, later Rimmer, they all traveled together in two cars once Dorothy Hodgkin announced to them that they were off to Cambridge to see the model of the structure of DNA.

In 1960 she was appointed the Royal Society's Wolfson Research Professor, an honour that provided her salary, research expenses and research assistance to continue her work at Oxford. Hodgkin is particularly noted for discovering three-dimensional biomolecular structures. In 1945, working with C.H. Carlisle, she published the first such structure of a steroid, cholesteryl iodide (having worked with cholesteryls since the days of her doctoral studies). In 1945, she and her colleagues solved the structure of penicillin, demonstrating (contrary to scientific opinion at the time) that it contains a ?-lactam ring. However, the work was not published until 1949. In 1954 she and colleagues began to publish their analysis of vitamin B12. She advanced the technique of X-ray crystallography, a method used to determine the three-dimensional structures of biomolecules.

Among her most influential discoveries are the confirmation of the structure of penicillin that Ernst Boris Chain and Edward Abraham had previously surmised, and then the structure of vitamin B12, for which she was awarded the Nobel Prize in Chemistry in 1964. In 1969, after 35 years of work and five years after winning the Nobel Prize, Hodgkin was able to decipher the structure of insulin. X-ray crystallography became a widely used tool and was critical in later determining the structures of many biological molecules where knowledge of structure is critical to an understanding of function. She is regarded as one of the pioneer scientists in the field of X-ray crystallography studies of biomolecules. Hodgkin published as Dorothy Crowfoot until 1949, when she was persuaded by Hans Clarke’s secretary to use her married name on her chapter in The Chemistry of Penicillin. Thereafter she always published as Dorothy Crowfoot Hodgkin.