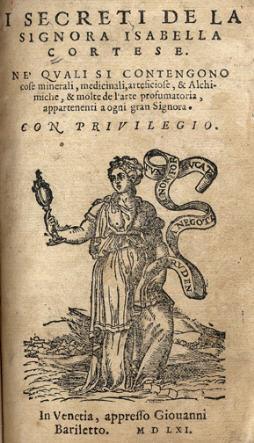 Isabella Cortese was an Italian alchemist and writer of the Renaissance. In 1561, her book I secreti della signora Isabella Cortese first appeared in print in Venice and it introduced alchemy to a wider readership.

In it were medical and cosmetic remedies, advice for how to run a household and discussion of how to turn metal into gold. It was a popular book, which went through several editions into the seventeenth century. She also stated to have learned more from traveling than from reading older texts about the subject.