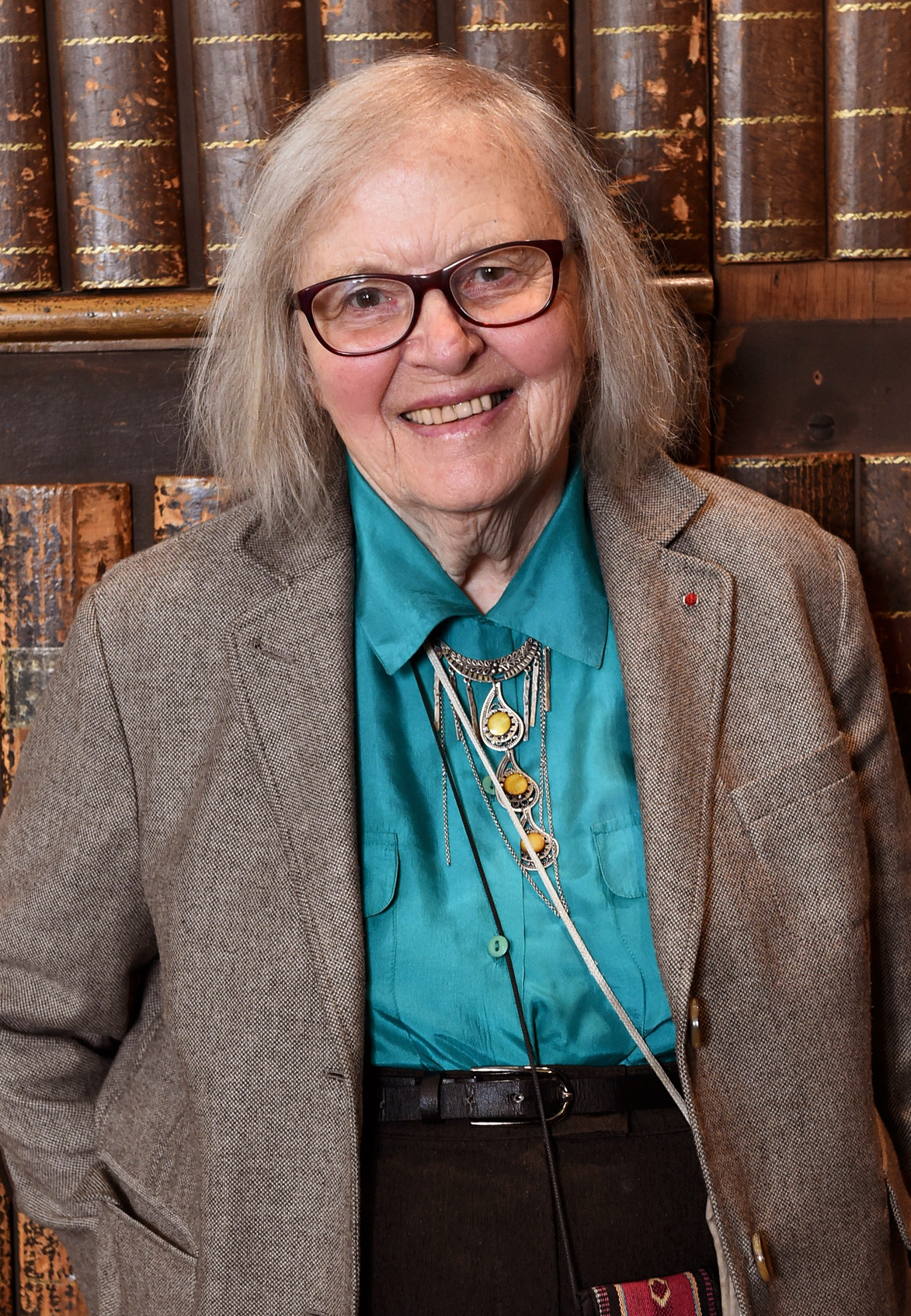 Main achievements: Proving the local existence and uniqueness of solutions to the vacuum Einstein Equations.
First woman to be elected to the Académie des Sciences Française.

Yvonne Choquet-Bruhat is a French mathematician and physicist. Her work lies in the intersection of mathematics and physics, notably in Einstein's general theory of relativity. She is one of the pioneers of the study of General relativity, and she is particularly known as the first to prove the well-posedness of the Einstein equations. Her work was applied in the detection of gravitational waves.

She was the first woman to be elected to the Académie des Sciences Française ("French Academy of Sciences") and is a Grand Officier of the Légion d'honneur.

Yvonne was born in Lille in 1923. Her mother was the philosophy professor Berthe Hubert, her father was the physicist Georges Bruhat (1887 - 1945) (who died in the concentration camp Oranienburg-Sachsenhausen) and her brother was the mathematician François Bruhat. Yvonne Choquet-Bruhat undertook her secondary school education in Paris. In 1941 she entered the Concours General, a competition to determine the best pupils in the whole of France, and won the silver medal for physics. From 1943 to 1946 she studied at the École Normale Supérieure ("ENS") in Paris and from 1946 was a teaching assistant there and undertook research advised by André Lichnerowicz. From 1949 to 1951 she was a research assistant at the French National Centre for Scientific Research ("CNRS"), as a result of which she received her doctorate.

Yvonne Choquet-Bruhat has worked in a range of areas in mathematical physics, applying results from the analysis of partial differential equations and differential geometry to provide a firm basis for solutions in physics. From 1951-1952 she worked at the Institute for Advanced Study in Princeton, under the supervision of Albert Einstein, where she proved the local existence and uniqueness of solutions to the vacuum Einstein Equations. Her work proves the well-posedness of the Einstein equation, and started the study of dynamics in General Relativity.

The following year Yvonne Choquet-Bruhat joined the faculty at Marseilles and in 1958 she was awarded the CNRS Silver Medal. From 1958 to 1959 she taught at the University of Reims. In 1960 she became a professor at the Université Pierre-et-Marie-Curie (UPMC) in Paris, and has remained professor or professor emeritus until her retirement in 1992.

At the Universite Pierre et Marie Curie she continued to make significant contributions to mathematical physics, notably in general relativity, supergravity, and the non-Abelian gauge theories of the standard model. Her work in 1981 with Demetrios Christodoulou showed the existence of global solutions of the Yang-Mills, Higgs, and Spinor Field Equations in 3+1 Dimensions. Additionally in 1984 she made perhaps the first study by a mathematician of supergravity with results that can be extended to the currently important model in D=11 dimensions.

In 1978 Yvonne Choquet-Bruhat was elected a correspondent to the Academy of Sciences and on 14 May 1979 became the first woman to be elected a full member. From 1980 to 1983 she was President of the Comité international de relativité générale et gravitation ("International committee on general relativity and gravitation"). In 1985 she was elected to the American Academy of Arts and Sciences. In 1986 she was chosen to deliver the prestigious Noether Lecture by the Association for Women in Mathematics.

The proof makes use of a clever choice of coordinates, the wave coordinates (which are the Lorentzian equivalent to the harmonic coordinates), in which the Einstein equation becomes a hyperbolic PDE, for which well-posedness results can be applied.