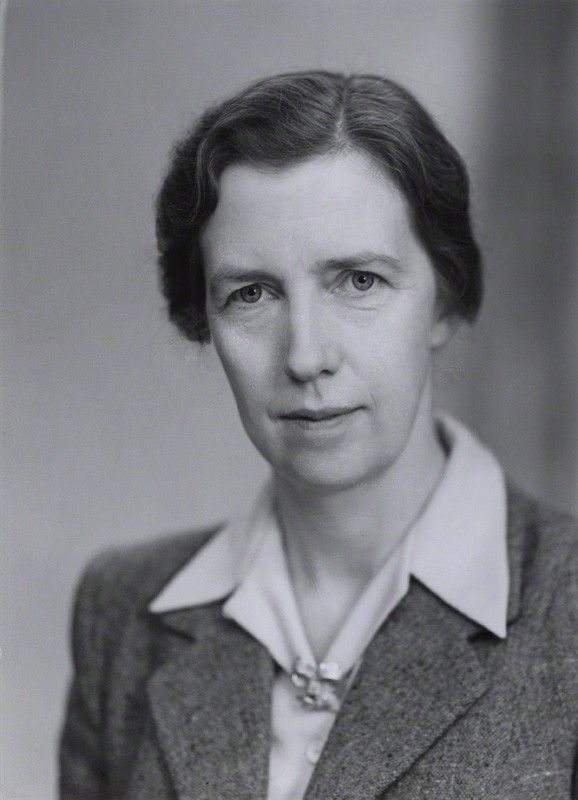 Cartwright was born in Aynho, Northamptonshire, where her father, William Digby Cartwright, was vicar. Through her grandmother Jane Holbech she was descended from the poet John Donne and William Mompesson, the Vicar of Eyam. She had four siblings, two older and two younger: John (born 1896), Nigel (born 1898), Jane (born 1905), and William (born 1907).

Cartwright studied mathematics at St Hugh's College, Oxford, graduating in 1923 with a first class degree. She was the first woman to attain the final degree lectures and to obtain a first. She then taught at Alice Ottley School in Worcester and Wycombe Abbey School in Buckinghamshire before returning to Oxford in 1928 to read for her D.Phil.

Cartwright was supervised by G. H. Hardy in her doctoral studies. During the academic year 1928–9 Hardy was at Princeton, so it was E. C. Titchmarsh who took over the duties as a supervisor. Her thesis "The Zeros of Integral Functions of Special Types" was examined by J. E. Littlewood whom she met for the first time as an external examiner in her oral examination for this 1930 D.Phil. She would later establish an enduring collaboration with Littlewood.

In 1930, Cartwright was awarded a Yarrow Research Fellowship and she went to Girton College, Cambridge, to continue working on the topic of her doctoral thesis. Attending Littlewood's lectures, she solved one of the open problems which he posed. Her mathematical theorem, now known as Cartwright's theorem, gives an estimate for the maximum modulus of an analytic function that takes the same value no more than p times in the unit disc. To prove the theorem she used a new approach, applying a technique introduced by Lars Ahlfors for conformal mappings.

In 1936, Cartwright became director of studies in mathematics at Girton College, and in 1938 she began work on a new project which had a major impact on the direction of her research. The Radio Research Board of the Department of Scientific and Industrial Research produced a memorandum regarding certain differential equations which came out of modelling radio and radar work. They asked the London Mathematical Society if they could help find a mathematician who could work on these problems and Cartwright became interested in this memorandum. The dynamics lying behind the problems were unfamiliar to Cartwright so she approached Littlewood for help with this aspect. They began to collaborate studying the equations. Littlewood wrote: "For something to do we went on and on at the thing with no earthly prospect of "results"; suddenly the whole vista of the dramatic fine structure of solutions stared us in the face".

The fine structure which Littlewood describes here is today seen to be a typical instance of the butterfly effect. The collaboration led to important results, and these have greatly influenced the direction that the modern theory of dynamical systems has taken.

In 1945, Cartwright simplified Hermite's elementary proof of the irrationality of π. Her version of the proof was published in an appendix to Sir Harold Jeffreys' book Scientific Inference. In 1947, she was elected to be a Fellow of the Royal Society and, although she was not the first woman to be elected to that Society, she was the first female mathematician.

Cartwright was appointed Mistress of Girton in 1948 then, in addition, a Reader in the Theory of Functions in Cambridge in 1959, holding this appointment until 1968. From 1957 to 1960 she was president of the Cambridge Association of University Women. After retiring from Girton, Cartwright was a visiting professor at Brown University from 1968 to 1969 and at Claremont Graduate School from 1969 to 1970.