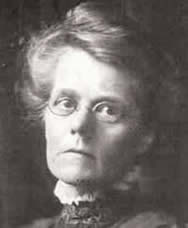 Main achievements: Known for coining the term "polytope" for a convex solid in four dimensions.

Alicia Boole Stott was a British mathematician, the third daughter of George Boole and Mary Everest Boole. She is best known for coining the term "polytope" for a convex solid in four dimensions, and having an impressive grasp of four-dimensional geometry from a very early age. She found that there were exactly six regular polytopes in four dimensions and that they are bounded by 5, 16 or 600 tetrahedra, 8 cubes, 24 octahedra or 120 dodecahedra. She then produced three-dimensional central cross-sections of all the six regular polytopes by purely Euclidean constructions and synthetic methods for the simple reason that she had never learned any analytic geometry. She made beautiful cardboard models of all these sections.

After taking up secretarial work near Liverpool in 1889 she met and married Walter Stott in 1890. Stott learned of Pieter Schoute's work on central sections of the regular polytopes in 1895. Schoute came to England and worked with Alicia Stott, persuading her to publish her results which she did in two papers published in Amsterdam in 1900 and 1910. The University of Groningen honoured her by inviting her to attend the tercentenary celebrations of the university and awarding her an honorary doctorate in 1914.

In 1930 she was introduced to H.S.M. Coxeter and they worked together on various problems. Alicia Boole Stott made two further important discoveries relating to constructions for polyhedra related to the golden section. Coxeter later wrote, "The strength and simplicity of her character combined with the diversity of her interests to make her an inspiring friend."