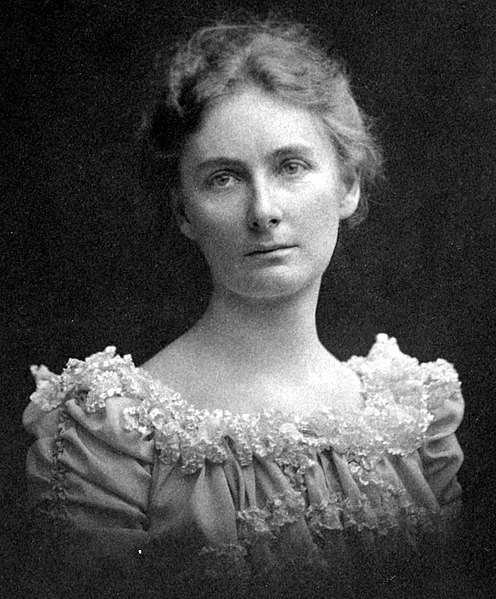 Florence Bascom was born in Williamstown, Massachusetts on July 14, 1862. The youngest of five children, Bascom came from a family who, unlike most at the time, encouraged women's entrance into society. Her father, John Bascom, was a professor at Williams College, and later President of the University of Wisconsin. He was the driving factor of her career and her first contact in the field of Geology. Her mother, Emma Curtiss Bascom, was a women's rights activist involved in the suffrage movement. Her parents were steadfast supporters of women's rights and encouraged women to obtain a college education.

She was born at a time when Civil War was splitting the country. She grew up in a household where her family emphasized the importance of gender equality. Her father commemorated women and their importance in society. She had a very high maturity level from a very young age and was very close to her father. Her father had struggled with mental illness and used his children as a way to help him overcome it. He did so by bringing his children to the mountains and did this to promote natural science. Florence graduated with high grades from Madison High School at the age of 16.

She earned a bachelor's degree in arts and letters in 1882, and a Bachelor of Science in 1884 from the University of Wisconsin. After persuasion from her father and a rejection from another school, Bascom obtained her first science degree, which turned her interest towards geology. In 1887 she obtained her Master of Science degree from the same university. During this time women had limited access to educational resources, such as the library and gymnasium, but also limited access to classrooms if men were already in them. Her professors at the University of Wisconsin, Roland Duer Irving and Charles R. Van Hise, were part of the USGS. Bascom received her Ph.D at Johns Hopkins University. While studying at Johns Hopkins she was forced to sit behind a screen so as not to disturb the men in the class, whose education was the priority. Since Geology at the time was purely a male discipline, Bascom faced many challenges getting her education and establishing herself in her field; this led to her becoming known as the "Pioneer of Women Geologists."

After receiving her B.A in 1884, she started her college teaching career at the Hampton School of Negroes and American Indians (currently known as Hampton University), working there for a year before going back to University of Wisconsin for her master's.

While attending the University of Wisconsin Florence Bascom was a member of the Kappa Kappa Gamma chapter. Bascom was one of the first members to join an all women's fraternities between 1867 and 1902.

Florence Bascom contributed to a special type of identification for acidic volcanoes. Her journal, The Structures, Origin, and Nomenclature of Acidic Volcanic Rocks of South Mountain, begins by identifying various rock structures formed by the volcano. Bascom argues that South Mountain's rock formations have changed over time, with some rocks originally showing signs of being rhyolite, but now holocrystalline rock. These rocks defy the nomenclature used to identify rocks invented by German and English scientists, so she created prefixes to add to these pre-existing names, to identify acidic changes in rocks. The prefixes she came up with are meta, epi, and apo.

Florence presented a second notable new conclusion regarding the cycles of erosion within Pennsylvania; earlier scientific thought was that the Piedmont province of Pennsylvania was made by two to three erosion cycles, while she had evidence there were at least nine cycles. Florence found this by compiling a stratigraphic record of Atlantic deposit in the province, listing the depth, unconformities, and different grain sizes (like sand, clay, or gravel). The cycles occurred over a large period of time, with six cycles occurring in the post-Cretaceous period and three occurring in the Cretaceous period. This conclusion gave scientists new ideas about erosion cycles regarding their rate of occurrence and how to define a cycle. In 1896 Bascom worked as an assistant for the (USGS). Her role in the team was to study crystalline schists in a square degree of area along eastern Pennsylvania and Maryland, as well as a portion of northwest Delaware. For part of her life as a teacher, she simultaneously worked in the geological survey. Her work lead to a multitude of comprehensive reports of geologic folios.

She also held a career as a teacher. She taught mathematics and science at Rockford College from 1887 to 1889, and later at Ohio State University from 1893 to 1895. She left Ohio State University to work at Bryn Mawr College where she could conduct original research and teach higher-level geology courses. Bascom even took a leave from her teachings in 1907 due to her interest to study petrography and mineralogy. She spent a year learning and researching advanced crystallography in the laboratory of Victor Goldschmidt and Heidelberg before going back to teaching as she did not want to spend time doing “overspecialistic research,” that she would not be able to teach to her students in the courses offered.

At Bryn Mawr College, geology was considered adjunct in comparison to other natural sciences. Her workspace consisted of storage space in a building constructed solely for chemistry and biology. Over two years she managed to develop a substantial collection of minerals, fossils, and rocks. Bascom founded Bryn Mawr's department of Geology in 1901. She proceeded to teach and train a generation of young women in this department. In 1937, 8 out of 11 of the women who were Fellows of the Geological Society of America were graduates of Bascom's course at Bryn Mawr College. In the first third of the 20th century, Bascom's graduate program was considered to be one of the most rigorous in the country, with a strong focus on both lab and fieldwork. It was known for training the most American female geologists. Her students did not just graduate, they often succeeded in important geology careers for themselves. Bascom took a leave from her teachings in 1907 due to her interest to study petrography and mineralogy. Many got positions in government as University teachers, as well as federal and in-state surveyors. Additionally during WW2 some of her students were involved in confidential work for the Military Geology Unit in the U.S. Geological Survey.

She was known to set high standards for her students as well as herself. Though she was extremely tough on her students, they were grateful for the quality of education that she gave to them.

Bascom retired from teaching in 1928 but continued to work at the United States Geological Survey until 1936.