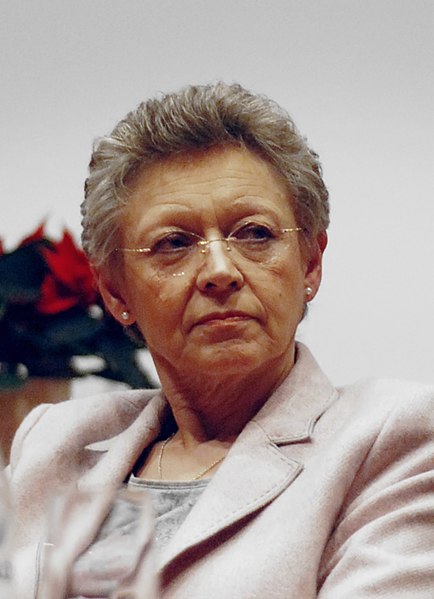 Françoise Barré-Sinoussi is a French virologist and director of the Regulation of Retroviral Infections Division (Unité de Régulation des Infections Rétrovirales) at the Institut Pasteur in Paris, France.

Born in Paris, France, Barré-Sinoussi performed some of the fundamental work in the identification of the human immunodeficiency virus (HIV) as the cause of AIDS. In 2008, she was awarded the Nobel Prize in Physiology or Medicine, together with her former mentor, Luc Montagnier, for their discovery of HIV.

Among Barré-Sinoussi's many recent research contributions are studies of various aspects of the adaptive immune response to viral infection,the role of innate immune defences of the host in controlling HIV/AIDS, factors involved in mother-to-child transmission of HIV, and characteristics that allow a small percentage of HIV-positive individuals, known as elite suppressors or controllers, to limit HIV replication without antiretroviral drug. She has co-authored over 240 scientific publications, has participated in over 250 international conferences, and has trained many young researchers. Barré-Sinoussi has actively contributed to several scientific societies and committees at the Institut Pasteur as well as to other AIDS organizations, such as the National Agency for AIDS Research in France.

She has also been implicated at an international level, notably as a consultant to the UNAIDS-HIV. Since the 1980s, Barré-Sinoussi has initiated collaborations with developing countries whereby she has managed multidisciplinary networks with dedication. She constantly works on establishing permanent links between basic research and clinical research with the aim of achieving concrete improvements in the areas of prevention, clinical care, and treatment. In 2009, she wrote an open letter to Pope Benedict XVI in protest over his statements that condoms are at best ineffective in the AIDS crisis. In July 2012 Barré-Sinoussi became President of the International AIDS Society.

Barré-Sinoussi shared the 2008 Nobel Prize in Physiology or Medicine with Luc Montagnier for their co-discovery of HIV, and with Harald zur Hausen, who discovered the viral cause of cervical cancer that led to the development of the HPV vaccine.