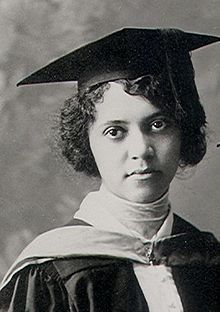 Alice Augusta Ball was an African American chemist who developed an injectable oil extract that was the most effective treatment for leprosy until the 1940s. She was the first woman and first African American to receive a master's degree from the University of Hawaii, she was also the first female chemistry professor at the university.

Alice Augusta Ball was born on July 24, 1892 in Seattle, Washington with James Presley and Laura Louise (Howard) Ball. Ball was one of four children. She had two older brothers, William and Robert, along with a younger sister named Addie. Her family was considered middle class to upper-middle class, as Ball's father was a newspaper editor, photographer, and a lawyer. Her grandfather, James Ball Sr., was a famous photographer, and was one of the first African Americans in the United States to learn to daguerreotype, which is a process of printing photographs onto metal plates.

Alice Ball and her family moved from Seattle to Honolulu during Alice's childhood in hopes that the warm weather would help with her grandfather's, James Ball Sr.'s, arthritis. He died shortly after their move and they relocated back to Seattle only after a year of living in Hawaii. After returning to Seattle, Ball attended Seattle High School and received top grades in the sciences. She graduated from Seattle High School in 1910.

Ball studied chemistry at the University of Washington, While she was at the University of Washington she earned a bachelor's degree in pharmaceutical chemistry and two years later she received a second degree in pharmacy two years later. With her pharmacy instructor, she published a 10-page article in the prestigious Journal of the American Chemical Society titled "Benzoylations in Ether Solution." This kind of accomplishment was very rare for not only African American women, but women of any race.

In her postgraduate research career at the University of Hawaii, Ball investigated the chemical makeup and active principle of Piper methysticum (kava) for her master's thesis. From 1866 to 1942 whenever a patient was diagnosed with leprosy they were arrested and sent to the Hawaiian island of Molokai. Dr. Harry T. Hollmann was a doctor during the time at Kalihi Hospital in Hawaii. He was one of the few physicians that was not satisfied with the inconsistent results of the Chaulmoogra oil in its natural form. He needed an assistant to help develop a method to isolate the active chemical compounds in chaulmoogra oil and reached out to Alice Ball who was working on her thesis The Chemical Constituents of Piper Methysticum.

Chaulmoogra oil had previously been used in the treatment of Hansen's disease (leprosy) with mixed results and every form of the treatment had problems. Chaulmoogra oil was first used as a topical straight from the tree in eastern medicine starting in the 1300s. However, it was originally too sticky to be used effectively as a topical and it was extremely painful to be used as an injection. However, some hospitals still attempted to use it as an injection even though the sticky consistency of the oil caused it to clump under the skin and form blisters. These blisters formed in perfect rows and made the skin "look as if the patient's skin had been replaced by with bubble wrap." Ingesting the oil was not effective either because it had an acrid taste that usually made the patients vomit upon attempting to swallow it.

At just the young age of 23, Ball developed a technique that would allow the oil from chaulmoogra tree seeds to become injectable and absorbable by the body. Her newly developed technique involved isolating ethyl ester compounds from the fatty acids of the chaulmoogra oil. This isolation technique, known as the "Ball Method", was the only treatment for Hansen's disease that was effective and "left no abscesses or bitter taste,". Unfortunately, due to her untimely death, Alice was unable to publish her revolutionary findings. Arthur L. Dean, a chemist and the president of the University of Hawaii, continued her work, published the findings, and began producing large quantities of the injectable chaulmoogra extract. Dean published the findings without giving credit to Ball, and renamed the technique the Dean Method, until Hollmann spoke out about this. In 1918, a Hawaii physician reported in the Journal of the American Medical Association that a total of 78 patients were released from Kalihi Hospital by the board of health examiners after treatment with injections. The isolated ethyl ester remained the preferred treatment for Hansen's disease until sulfonamide drugs were developed in the 1940s.

Alice Augusta Ball died on December 31, 1916, at the age of 24. She had become ill during her research and returned to Seattle for treatment a few months before her death. A 1917 newspaper article from the Pacific Commercial Advertiser suggested that the cause may have been chlorine poisoning due to exposure that occurred while teaching a laboratory. It was reported that Ball was giving a demonstration on how to properly use a gas mask in preparation for an attack since World War I was raging in Europe. However, the cause of her death is unknown as her original death certificate was altered, giving the cause of death as tuberculosis.

Alice Ball's work directly impacted the eight thousand people that were diagnosed with leprosy and taken out of their homes. Because of her research patients were no longer exiled to Kalaupapa, Molokai; instead they were able to be treated out of their own homes. Families no longer had to hold funerals for their loved ones before they were exiled because there was no cure, and they had Alice Ball to thank for this.

Although her research career was short, Ball introduced a new treatment of Hansen's disease which continued to be used until the 1940s. The University of Hawaii did not recognize her work for nearly ninety years. In 2000, the university finally honored Ball by dedicating a plaque to her on the school's lone chaulmoogra tree behind Bachman Hall. On the same day, the former Lieutenant Governor of Hawaii, Mazie Hirono, declared February 29 "Alice Ball Day" which is now celebrated every four years. More recently, Ball was honored by the University of Hawaii Board of Regents with a Medal of Distinction in 2007 by mounting a plaque in her honor on the only chaulmoogra tree on the campus. In March 2016, Hawai'i Magazine ranked Ball in a list of the most influential women in Hawaiian history.