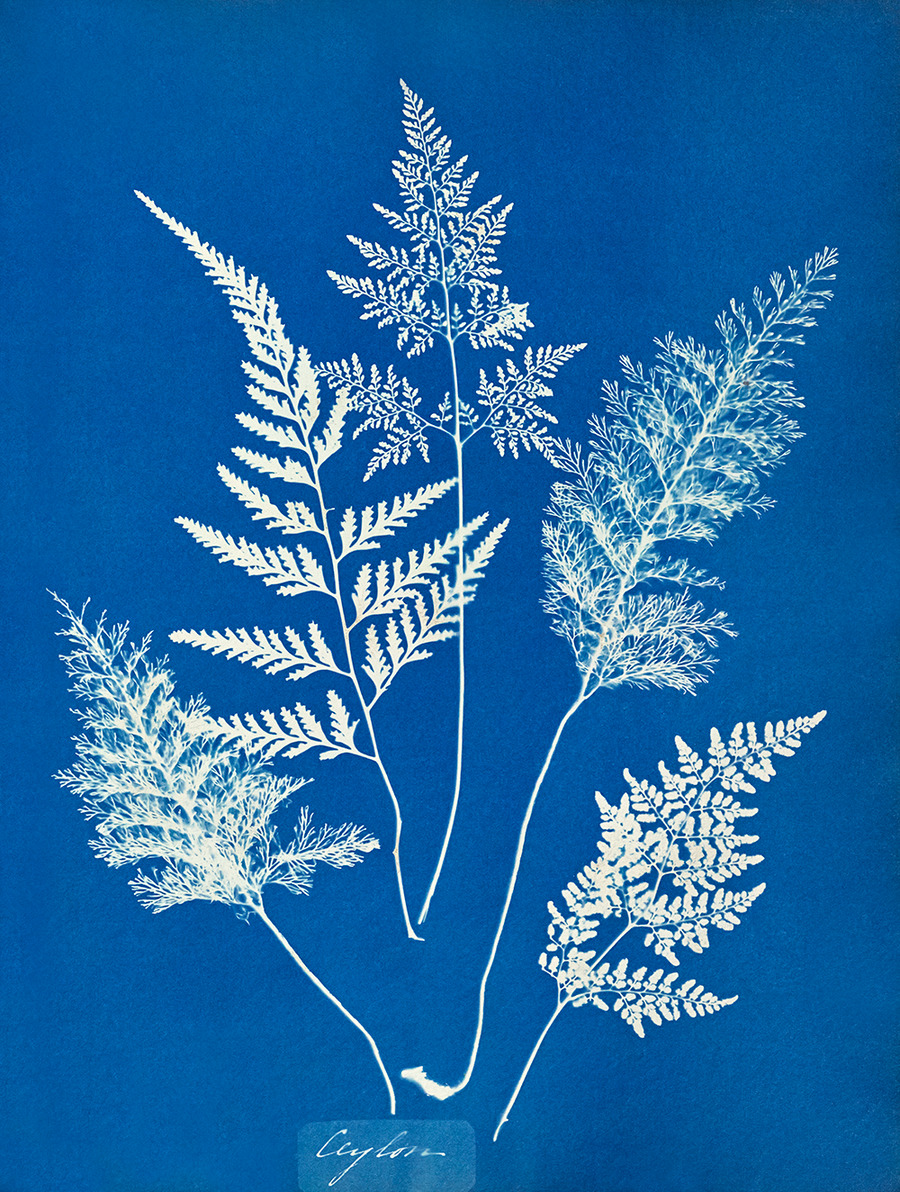 Anna Atkins was an English botanist and photographer. She is often considered the first person to publish a book illustrated with photographic images. Some sources claim that she was the first woman to create a photograph.

Atkins was born in Tunbridge, Kent, England in 1799. Her mother, Hester Anne Children, "didn't recover from the effects of childbirth" and died in 1800. Anna was close to her father John George Children, a renowned chemist, mineralogist, and zoologist. Anna "received an unusually scientific education for a woman of her time." Her detailed engravings of shells were used to illustrate her father's translation of Lamarck's Genera of Shells.

In 1825 she married John Pelly Atkins, a London West India merchant, and moved to Halstead Place, the Atkins family home in Halstead, near Sevenoaks, Kent. They had no children. Atkins pursued her interests in botany by collecting dried plants, which were probably used as photograms later. She was elected a member of the London Botanical Society in 1839.

John George Children and John Pelly Atkins were friends of William Henry Fox Talbot. Anna Atkins learned directly from Talbot about two of his inventions related to photography: the "photogenic drawing" technique (in which an object is placed on light-sensitized paper which is exposed to the sun to produce an image) and calotypes.

Atkins produced a total of three volumes of Photographs of British Algae: Cyanotype Impressions between 1843 and 1853. Only 17 copies of the book are known to exist, in various states of completeness.

Because of the book's rarity and historical importance, it is quite expensive. One copy of the book with 411 plates in three volumes sold for £133,500 at auction in 1996. Another copy with 382 prints in two volumes which was owned by scientist Robert Hunt (1807–1887) sold for £229,250 at auction in 2004. In 2018, the New York Public Library opened an exhibition on Atkins' life and work, featuring various versions of Photographs of British Algae.

In addition to Photographs of British Algae, Atkins published five fictional novels between 1852 and 1863. These included The Perils of Fashion, Murder will Out: a story of real life, and A Page from the Peerage.

In the 1850s, Atkins collaborated with Anne Dixon (1799–1864), who was "like a sister" to her, to produce at least three presentation albums of cyanotype photograms:

Atkins retained the algae, ferns and other plants that she used in her work and in 1865 donated the collection to the British Museum.

She died at Halstead Place in 1871 of "paralysis, rheumatism, and exhaustion" at the age of 72.