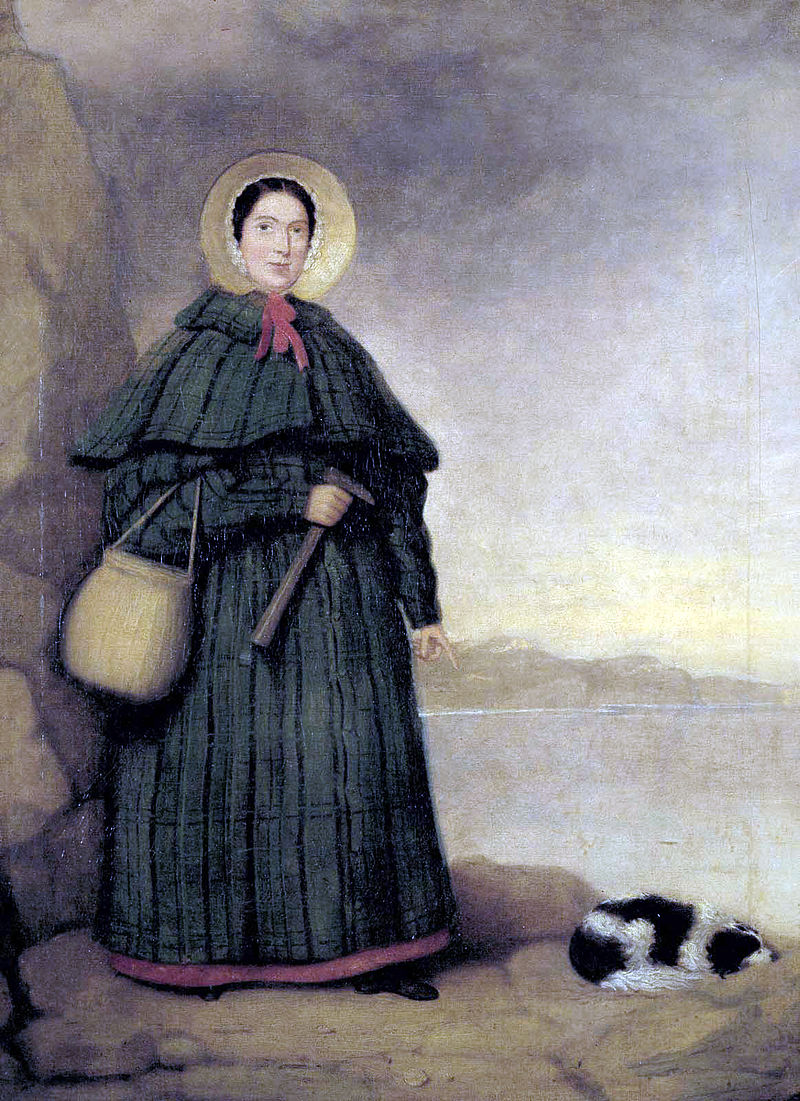 Mary Anning was an English fossil collector, dealer, and palaeontologist who became known around the world for important finds she made in Jurassic marine fossil beds in the cliffs along the English Channel at Lyme Regis in the county of Dorset in Southwest England. Her findings contributed to important changes in scientific thinking about prehistoric life and the history of the Earth.

Anning searched for fossils in the area's Blue Lias cliffs, particularly during the winter months when landslides exposed new fossils that had to be collected quickly before they were lost to the sea. She nearly died in 1833 during a landslide that killed her dog, Tray. Her discoveries included the first correctly identified ichthyosaur skeleton; the first two nearly complete plesiosaur skeletons; the first pterosaur skeleton located outside of Germany; and important fish fossils. Her observations played a key role in the discovery that coprolites, known as bezoar stones at the time, were fossilised faeces. She also discovered that belemnite fossils contained fossilised ink sacs like those of modern cephalopods. When geologist Henry De la Beche painted Duria Antiquior, the first widely circulated pictorial representation of a scene from prehistoric life derived from fossil reconstructions, he based it largely on fossils Anning had found, and sold prints of it for her benefit.

A Dissenter and a woman, Anning did not fully participate in the scientific community of 19th-century Britain, who were mostly Anglican gentlemen. She struggled financially for much of her life. Her family was poor, and her father, a cabinetmaker, died when she was eleven.

She became well known in geological circles in Britain, Europe, and America, and was consulted on issues of anatomy as well as about collecting fossils. Nonetheless, as a woman, she was not eligible to join the Geological Society of London and she did not always receive full credit for her scientific contributions. Indeed, she wrote in a letter: "The world has used me so unkindly, I fear it has made me suspicious of everyone." The only scientific writing of hers published in her lifetime appeared in the Magazine of Natural History in 1839, an extract from a letter that Anning had written to the magazine's editor questioning one of its claims.

After her death in 1847, her unusual life story attracted increasing interest. An uncredited author in All the Year Round, edited by Charles Dickens, wrote of her in 1865 that "[t]he carpenter's daughter has won a name for herself, and has deserved to win it." It has often been claimed that her story was the inspiration for the 1908 tongue-twister "She sells seashells on the seashore" by Terry Sullivan. In 2010, 163 years after her death, the Royal Society included Anning in a list of the ten British women who have most influenced the history of science.